I’ve written about swastika imagery so many times before, it’s worth mentioning a few details about the Herschel Walker variety used in his Senate campaign. Here it is:

This is without question meant to look like a Nazi swastika, and it came from a Twitter profile calling itself resistance to “Hollywood” (e.g. Nazis really hated Hollywood).

Historian protip: if someone asks why you use a swastika in your public campaign invoking Nazism and hatred for “Hollywood”… then there’s a really high probability you are in fact using a swastika.

The subtext obviously is that if someone puts up a swastika in America for a political campaign, they in fact expect to get money donated as a result.

Walker, perhaps as expected, tried to cover this fact with a laughably dumb official explanation that attempted to deny it being a swastika:

A spokesperson for the campaign said the image was not a swastika… Walker, who is being backed by former President Donald Trump, has not commented on whether or not he has been vaccinated against COVID-19.

At least they didn’t follow up their “not a swastika” comment by saying “everyone calm down, we’re obviously just using an anti-Jewish graphic”.

I wonder if next they will be telling us the former White House occupant should not be called a Nazi because he prefers being called big conflict loser?

Maybe the more insightful version of that, taken from his actual life story, is this part:

So I take a bullet, put it in the cylinder, spin it and tell you to pull it. People would say “Herschel, you’re nuts.” I would take that gun, put it to my head, and snap it. That is what it was. I was so fired up that I could overcome anything.

When you think about it, refusing to get vaccinated is intentionally lowering your chances of survival. Weirdly consistent to both refuse vaccination and to put a gun to your own head; unnecessarily taking dumb risks that can easily kill you…

And that is a real quote from Herschel’s view of the world. Perhaps I should point out here that Hitler was similarly fired up, put a gun to his own head, yet didn’t overcome? 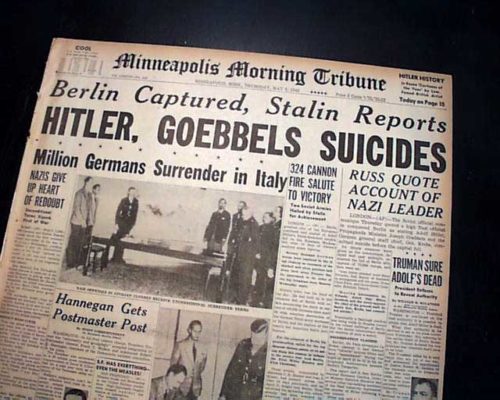 So who looks forward to the next Meet the Press with Chuck Todd, holding a panel on swastikas that tries to argue they’re just a harmless old religious symbol?

Even worse, the reason for using swastikas goes beyond just being an easy way to raise money on American campaigns for public office.

A false claim the swastika represents only being “anti-vaccination” is an encoded reference to fascism tactics: stoke rage, inflame tensions using incendiary imagery (as reported in Italy, which knows a thing or two about fascism).

The protesters smashed union computers, ripped out phone lines and trashed offices after first trying to use metal bars to batter their way in through CGIL’s front door, then breaking in through a window.

In other words, the Walker senate campaign used a swastika both to raise money as well as fan hatred to perpetrate mob violence against the government, while feebly trying to deny a swastika is a swastika.