Several European countries have banned copper-based paint and several more are monitoring it for toxicity. California’s Senate Committee on Environmental Quality will now consider whether to follow their lead when they hear SB 623 [Kehoe] on Monday, May 2.

Proponents of the bill say the recreational industry hurts itself by relying on a toxicity model. Copper-based paint is considered effective because it kills marine life, which is not only harmful in an obvious way but it encourages resistant strains of fouling that can further degrade marine life. They propose the industry switch to a non-toxic model. The money spent could stimulate innovation in technology and therefore significantly reduce long-term costs to boat owners by preserving the health of marine life for the recreational water industry.

Opponents to the bill argue that they are unable to find alternatives as inexpensive, effective and convenient as toxic paint that they are familiar with. These same opponents do not offer to bear the cost of the clean up from toxic paints, so from the start they do not offer a balanced view of total expenses. The toxic paints are thus considered by them as inexpensive and convenient because they do not account for clean up costs — testing, monitoring and preserving marine health.

The University of California Cooperative Extension Coastal Resources offered the following documentary in 2003 with an overview of the issues including the numerous non-toxic alternatives that have been available for more than five years:

As I wrote in 2007, nature already has many examples of innovation around anti-fouling in the water. Dolphin-skin paint was introduced to the International A-Class Catamaran fleet, for example. This bill offers an interesting look at the reasons to move away from primitive toxicity as a control/countermeasure and towards a more holistic risk management model.

The recent announcement of a recreational ultralight aircraft in Europe called FlyNano has raised some concerns about safety. Critics doubt whether the “Harley of the Sky” can really avoid a pilot license requirement just because of its weight.

It is in truth more of a flying jet-ski than a motorbike, since it can only land on water, but its unique quality is its weight – at just under 70 kilos (154 pounds), it beats certain international regulations for license-only aircraft. This could potentially make it the ideal option for the recreational flyer who lacks the means to get a full pilot’s license.

Unlicensed inexpensive planes that take-off and land on water? I can see half of Tiburon trying to commute to San Francisco with these across complex shipping lanes and weather patterns. What could go wrong? Perhaps if it really takes off (pun not intended) in popularity they should rename it the jet-flea.

I see Ford pushing the efficiency card in some new marketing (also here).

The Los Angeles County Sheriff’s Department – the largest sheriff’s department in the world – operates a fleet of 6,200 vehicles that patrol an area the size of Connecticut. In 2010, those vehicles drove more than 27 million miles. A fleet-wide 20 percent fuel economy gain would save the department at least $20 million a year at today’s fuel prices of nearly $4 per gallon.

I am curious, though, if I did not know how big Los Angeles County is why would I be familiar with or want to look up the size of Connecticut? Might as well just look up the size of Los Angeles County. It would have been much cooler if they had made a space reference like 27 million miles is a third of the way from the Earth to the Sun; or they could have said 27 million miles is longer than the circumference of the Earth at the equator. What’s the Connecticut connection?

I also am curious about the mention of a $4 per gallon fuel price. Consumers clearly demonstrate that pump price is not the only influence, but maybe Ford is emphasizing that particular price for a reason. Car companies seem to have the odd fixation on a belief that people only care about efficiency when pump prices rise above a certain point. Maybe $4 is Ford’s magic number.

The British Navy famously innovated with anti-fouling chemistry (observing copper sheets left in the ocean attracted the fewest barnacles) in order to keep their warships at sea longer and running faster…in their defeat of Napoleon’s forces.

I usually try to explain the efficiency angle like this. You can’t decide what you will pay at the pump (the price is always fluctuating beyond your control) but you can decide how often you want to stand around holding a nozzle and inhaling fumes. Do you really want to spend all that time at the pump, let alone have to divert to refuel when you need to chase and intercept? Forget pump price, there are many other/better reasons why efficient engines are superior.

From that perspective I hope I am not alone in thinking it is exciting to hear Ford boast of efficiency gains. I am less excited to see that they settled on just a 20 percent fuel economy gain.

The new Ford Police Interceptors, both sedan and utility vehicle, can be ordered with a choice of three powerful V6 engines that deliver more horsepower and better fuel economy than the 250-horsepower, 4.6-liter V8 in todayâ€™s Crown Victoria police car.

I refer you to my post on the 40mpg car designed by Ford and made by Tata for police in Europe.

The Jaguar XF Diesel S is powered by a 3.0-liter AJ-V6D Gen III diesel engine that delivers 275 hp. The Diesel S accelerates from 0-60mph in just 5.9 seconds, while top speed is limited to 155 mph. That car has the same horsepower rating as the new Police Interceptor sedan in Los Angeles, yet double the mpg. Why are police in America getting shafted (pun not intended) by Ford on this technology? The County could be saving a whole lot more.

Here are some guestimates, based on the Ford press release. It says the current police car gets between 14 mpg and 21 mpg. A new engine will improve by 20 percent, which puts it at 17 mpg to 25 mpg.

The $20 million in savings from 20 percent better efficiency is nothing to sneeze at yet a 90 percent efficiency gain would save….

Imagine the Los Angeles County police fleet running with better performance and yet a 495 percent fuel economy gain. They might just want to get Volvo to change the marketing campaign. 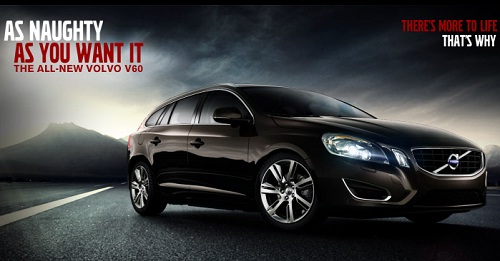 Again, we are just talking pump price. When you factor in less time spent at the pump the savings and benefits to taxpayers are pushed even higher. And that’s before we even get started talking about police cruisers being able to sneak up on criminals with zero-emission zero-noise hybrid-diesels

Almost a decade ago when I sailed across an open stretch of the Pacific I was introduced to an inexpensive radio connected to a laptop to send email. Although our boat was thousands of miles from land for days, we had some comfort knowing a brief email message could be sent to friends and family at very little cost.

The technology we used was based on Single Sideband (SSB). The reason email can travel so far on the radio we had on the boat is because of efficiency. The standard radio broadcast transmitter with 4-kW can put only half its power to signal (2-kW) and then it splits power again between two sidebands (1-kW). 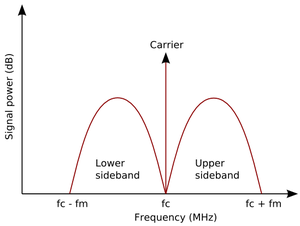 A single sideband does not bother with use of the carrier and the other sideband so it can put all power into a single sideband (thus the name) and improve efficiency (up to 16x) to carry speech longer distances. The lack of a carrier can make voices sound funny (even a slight frequency error will cause a frequency shift) but for text there is no noticeable difference. Just 1-kW on an SSB radio can reach the equivalent range of a 4-kW AM or FM transmitter.

This technology has been around since the early 1900s. It was in service by the 1930s (lawsuits over patents delayed adoption) to connect a public radiotelephone circuit between New York (via Rocky Point listening station) and London (via Rugby listening station). After WWII the US Strategic Air Command adopted SSB as the standard for long-distance transmissions in its new fleet of B-52 aircraft .

LeMay became aware of the successes of amateur SSB work, and in 1956 undertook two flights, one to Okinawa and the other to Greenland, during which SSB was put to the test using Amateur Radio gear and hams themselves.

It thus makes sense for sailboats to carry SSB for their long journeys over open spaces. The protocol that we used on the boat with the radio to encapsulate and process our POP3 email was developed by SailMail.

Efficiency, efficiency…and point-to-point long distance communication. Does this remind you of another environment? Recently I have been reading about the challenges of communication in the revolutions in Ivory Coast, Bahrain, Saudi Arabia, Egypt, Libya…. The military, media or intelligence communities must be developing software for inexpensive USB SSB radios and laptops to stay in contact with groups inside those countries.

The Israelis have certainly documented various radio communication devices available to the Hizbullah including scanners and receivers set to monitor helicopter frequencies. Yet the Philippine government seems to suggest that SSB radios are difficult to obtain.

“However, the embassy cannot provide all the needed information [chassis number, model, etc.] since the post still does not have the radio transceiver units,” [Philippine Ambassador to Syria Wilfredo] Cuyugan said, emphasizing the need for the Foreign Affairs department to purchase at least one unit of HF SSB radio transceivers and five units of very high or ultra high frequency long range handheld radio transceivers.

The technology seems like a good fit. It may be less common than cell phones and consumer wireless or microwave options, yet some Tweets, email or other messages must now be escaping via SSB radio.

A documentary by BBC4 explores views of risk in terms of cultural clues and imagery. It interviews numerous experts to reveal the origins of The Great Wave off Kanagawa print, and shows how it has represented very different things to different people.

The Japanese viewer apparently sees groups of men set together in harmony with nature to achieve success — possibly a spring-time catch of bonito fish for a hard-working crew returning as quickly as possible to a market. The huge, towering wave is not an image of despair but of power and collective effort. Toshio Watanabe, a Japenese Art Historian, explains:

(1:14/10:04) “It’s depicting, basically, speedboats like DHL or FedEx.” […] (9:14/10:04) This is an image of courage and perseverance because the oarsmen have a job to do. “There are so many rowers because they need speed and they are not worried about the waves at all. They are taking it in great stride.”

Dr. David Peat, a Physicist at the Pari Center in Italy (among several others) suggests a very different effect for a viewer from the West. He sees the Great Wave as a moral lesson for an individual, which centers around mortality, anxiety and a fear of the unknown (based on chaos theory):

Although it is easy to split the views and categorize them among Far East and Western views, following the BBC’s narrative, it could be split a different way. Those who live in and around water and on small boats may look at the Great Wave as familiar and controllable; while those who spend all their time on land may look at the wave with fear of the unknown — “surf’s up” versus “run”. Which are you?