To milk a camel, you need warm hands, a gentle touch and quick timing — camels give milk only in 90-second bursts.

Gil and Nancy Riegler, owners of the nation’s largest camel dairy near San Diego, said the extra work pays off with milk that is therapeutic, nutritious and delicious.

It’s also illegal to sell in the United States.

Millions of tons are produced in desert regions around the world but Europe and the US do not yet allow it to be sold. There is no doubt the hundreds of thousands of Somalis, Mongolians, Ethiopians in America alone would purchase the milk if available. The problem will be how to try and fit camels into the industrialized cattle model, or how to learn to let go of the cattle model and start over. A new approach to dairy sounds interesting — it might even improve milk quality enough to make quantity a non-issue.

The Camelicious dairy, opened in 2006, uses mechanized milking technology and trains camels to walk into the milking parlor. When the dairy first started, “the Bedouins said, ‘No way will the animals enter that milking parlor,'” said Peter Nagy, the Hungarian farm manager there.

He and his wife, both veterinarians, solved the problem, he said, but “I cannot explain exactly how this was done.” Mr. Nagy credits training by his wife: “A woman has a sixth sense” that allows her to “know how the animals feel.”

I would wager his wife also is good at information security and risk management. Reuters in Australia suggests Europe also is looking at legalizing camel milk. 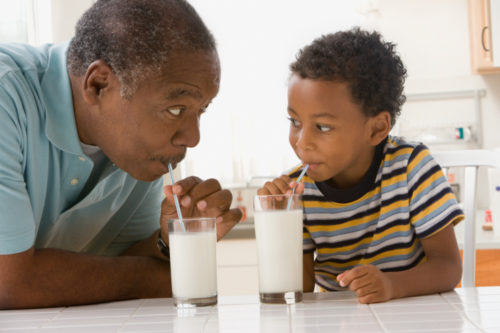 “People with lactose intolerance can drink it with no problem, unlike cow’s milk, it doesn’t cause protein allergies, and it’s high in insulin,” said Ulrich Wernery, the scientific director of Dubai’s Centre for Veterinary Research Laboratory.

Similar in taste and appearance to cow’s milk, he said camel milk is closer in composition to human milk, making it a healthier option than cow milk.

Camel milk also is high in vitamin C, which Wernery said explains its importance to Bedouins, Arab desert nomads, who historically lacked fruits or vegetables in their diet and have been drinking camel milk for generations.

Many health benefits compared to cow milk, a history of safe consumption…the FDA would be wise to legalize.

This clever hack uses an RFID tag on a cat collar and an old CD drawer to give a cat access, preventing any other animal from eating its food

Scientists claim to have solved the mystery deaths in China

Families, who make their living by collecting and selling the fungi, eat the Little White as it has no commercial value – it is too small and turns brown shortly after being picked.

A campaign to warn people against eating the tiny mushrooms has dramatically reduced the number of deaths. There have been no reported deaths so far this year.

It is not just about the mushroom. The article ends with a twist.

…the toxins could be acting together with high concentrations of barium, a heavy metal, in the local water supply

Uh, that does not sound very good either. Will there be a warning about the water too? Barium is said to cause the symptoms blamed on the mushrooms.

Some are not affected by it, apparently, while others are very sensitive, which must make the investigation difficult. This new killer mushroom discovery sounds much more interesting than yet another pollution story, but perhaps it will still bring attention to the need for better water quality.

Yahoo! news in the UK reports that a Fake Bidder Sentenced For eBay Scam

Sometimes if Barrett actually won the bidding he would leave positive feedback about himself.

By using this process he managed to sell two Mercedes vehicles, a pie and pasty warmer, a cash register, a refrigerated display counter, three mobile phones, a Land Rover and a digital camera.

His plan only unravelled after a buyer complained about a van he had been sold and Barrett’s second identity was discovered.

A pie warmer had multiple bids?

An Arizona restaurant that tried to promote business by serving Lion meat (mixed with beef) burgers has fired up controversy instead. The restaurant believed it was sourcing meat from a respectable source, but did no investigation on its own. You probably can guess what happened next.

A reporter for CNN traced the meat to a company owner convicted for illegal sources as well as product misrepresention:

Czimer’s exotic-meat dealings have landed him in hot water before. Back in 2003, Chicago newspapers covered his conviction and six-month prison sentence for selling meat from federally protected tigers and leopards. Czimer admitted to purchasing the carcasses of 16 tigers, four lions, two mountain lions and one liger — a tiger-lion hybrid — which were skinned, butchered and sold as “lion meat,” for a profit of more than $38,000.

Czimer’s defense is the best part of the story. He tells the reporter to turn a blind eye, just like he normally would for other food.

He’s willing to take a hands-off approach: “Do you question where chickens come from when you go to Brown’s Chicken or Boston Market?” he asked.

Exactly. There is a long tail (pun not intended) of trust implied with food prepared and supplied by restaurants. Trust also is involved when sourcing meat from ranchers.

With this in mind, note that Czimer’s website claims they sell game meat to avoid “harmful residue” and as an alternative to “domestic meats”.

Since the late l950’s the Czimer family pursued in expanding the choices of game meats, game birds and sea foods to the environmentally sensitive patients.

Oh, how things have changed! Czimer is now the one telling you to turn a blind eye. They will sell you meat, just don’t asked where it is from or how it was produced.

I hope that someone ordering lion would care about authenticity and value, per Czimer’s original sales pitch. Likewise customers should be able to verify that they are not purchasing illegally obtained meat from federally protected animals.

Just the other day I was in an airport and noticed a Pete’s store with a sign for natural fruit smoothies. I asked to see the ingredients. After a brief moment of digging through the cabinets and drawers the staff presented me with a greasy-looking bottle that listed artificial colors and chemical sweeteners. That definitely was not what I was expecting and I valued it far below the price they were asking. The staff seemed genuinely interested to find out the ingredients themselves for the first time and they smiled when I said “no thank you”.