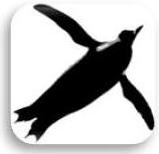 flyingpenguin, a security consultancy, designs and assesses risk mitigation, compliance and response solutions, as well as delivers strategic and competitive security knowledge to software and hardware vendors. Innovation, integrity and transparency are hallmarks of our services. 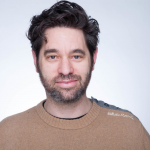 Davi Ottenheimer is President of flyingpenguin and helps lead security on Inrupt’s Solid mission to “course-correct the Web”. He serves on the Board of Advisors for Anjuna Security (confidential compute) and Accenture (future technology) and has more than twenty-five years’ experience managing global security engineering, operations and assessments, including over a decade of leading incident response and digital forensics. Davi is co-author of the book “Securing the Virtual Environment: How to Defend the Enterprise Against Attack,” published in May 2012 by Wiley. His next book is about the Realities of Securing Big Data.

He has served as head of security and trust across multiple industries including data storage and management technology vendors (ArcSight, EMC, VMware, and Yahoo!), the world’s largest investment fund manager at that time (BGI), an international retailer/wholesaler (West Marine), and higher education, healthcare and aerospace (UCSC, UIowa, UARC NASA). His role at Yahoo! was the “dedicated paranoid” responsible for more than two billion users’ safety in global IoT (hundreds of millions of mobile/cellular, broadband and cable products). In 2017 he created and led the NoSQL database team that developed a client-side field-level encryption system released to the public in 2019.

An expert in regulations and compliance, he was a qualified PCI DSS and PA-DSS assessor (QSA and PA-QSA) with K3DES. He served as Board Member for the Payment Card Industry Security Alliance and also the Silicon Valley chapters of ISACA and OWASP. Davi gives guest university lectures in Europe and North America, is a frequent top-rated public speaker and has been quoted or written articles on security, risk management and compliance for publications including Reuters, Wired, Compliance Week, Search Security, Bank Info Security, Network World, Red Herring, Chain Store Age, Inc, and SC Magazine.

Davi received his postgraduate academic Master of Science (MSc) degree in International History from the London School of Economics.

Why a weblog about information security?

To help spread enthusiasm for efficient and effective security, as well as to document and share some of the tips and tricks picked up along the way.

This idea for a penguin-themed website is related to Davi’s work in 1995 when he built and managed control systems for the Automated Telescope Facility (ATF) at the University of Iowa Department of Physics and Astronomy. The ATF, invented by Afan Ottenheimer and then developed under a grant at the Department, was the first Internet automated/robotic telescope in America.

All the mission-critical ATF systems ran on Linux (even Slackware kernel v0.9 could be made stable!).

During this time Davi wrote and maintained numerous web sites under various names, usually working with Linux. When Linus Torvalds announced on Usenix News at the start of 1996 that he had chosen a penguin as the official Linux mascot (Torvald’s UniX or TUX) Davi could not help but learn more about these cute and cuddly creatures. He had always liked the birds (who doesn’t?) and was amazed to discover they travel at extremely high speed by flapping their wings…under water. Thus, flyingpenguin was born.

Scientists say flapping wings means penguins are actually “flying” regardless of the fact that it is via a medium of water instead of air. Davi decided this “paradigm shift” is a nice fit for a website on information security:

moving with, or as with, wings; moving lightly or rapidly; intended for rapid movement

It’s a subtle reminder to always consider alternative perspectives and methods when hoping to achieve velocity in business or personal goals. Or maybe it’s just a belief that Linux, the true underdog, would eventually “take-off” and raise the bar for every OS along the way….

The poetry domain is related to the same period mentioned above, when Davi conceived and founded poetry.org. He aims to enable and enhance on-line poetry, based on the idea that efficient and effective security is to information technology what poetry is to language. He grew up reading and listening to poets (thanks to his mom and dad!) and also is a student of history, politics and philosophy, which draw heavily upon poetry.

Poems always fascinated him because they present a unique window into the thoughts and feelings of our predecessors who faced important social challenges. Much of history is taught with an emphasis solely on military events — who fought, who won and why — which Davi found to obscure much of the more fundamental day-by-day decisions and lessons distilled into poetry by people of that period.

There are so many, it’s hard to say. Davi would say perhaps he has been most attracted to events where people tried to make a perfect turn of phrase to express their hopes and dreams of the day. For example, soldiers in the US Civil War held poetry competitions as they sat on the line in preparation for the next day’s battle. Political luminaries also sometimes write poetry as a kind of catharsis, such as Pablo Neruda, Dag Hammarskjold, Abraham Lincoln, or Jimmy Carter. Then again, there are always the fun and frivolous examples:

Inigo Montoya: That Vizzini, he can *fuss*.
Fezzik: Fuss, fuss… I think he like to scream at *us*.
Inigo Montoya: Probably he means no *harm*.
Fezzik: He’s really very short on *charm*.
Inigo Montoya: You have a great gift for rhyme.
Fezzik: Yes, yes, some of the time.
Vizzini: Enough of that.
Inigo Montoya: Fezzik, are there rocks ahead?
Fezzik: If there are, we all be dead.
Vizzini: No more rhymes now, I mean it.
Fezzik: Anybody want a peanut?