by Harry Nilsson from the “Nilsson Schmilsson” album (1971)

Have you ever watched a moonbeam
As it slid across your windowpane
Or struggled with a bit of rain
Or danced about the weather vane
Or sat along a moving train
And wonder where the train has been?

A recurring theme in Duffy’s new MOH award statement is repeatedly taking on more responsibility to benefit others, courageously disregarding self, a remarkably caring leader even under the most extreme pressure even from an enemy battalion.

In the two days preceding the events of 14 to 15 April 1972, the commander of the 11th Airborne Battalion was killed, the battalion command post was destroyed, and Major Duffy was twice wounded but refused to be evacuated. Then on 14 April, Major Duffy directed the defense of Fire Support Base Charlie, which was surrounded by a battalion-size enemy element. […] With the goal of a complete withdrawal, Major Duffy was the last man off the base, remaining behind to adjust the covering fire from gunships until the last possible moment. When the acting battalion commander was wounded, he assumed command of the evacuation and maintained communication with the available air support to direct fire on the enemy. […] Only after ensuring all of the evacuees were aboard, did Major Duffy board while also assisting a wounded friendly foreign soldier in with him. Once on board, he administered aid to a helicopter door gunner who had been wounded during the evacuation.

I would argue this is the definition of “type A” personality, to give up anything so that others may have something.

The Army page points out Duffy was very highly decorated for his four years in Vietnam, including 1972 special advisor for Military Assistance Command Vietnam (MACV) Team 162 “Red Hats”; and for his poetry.

…honored with 64 awards and decorations, 29 of which are for valor, including the Distinguished Service Cross (currently in final stages to an upgrade), the Soldier’s Medal, four Bronze Stars with “Valor” device, eight Purple Hearts, seven Air Medals (six with “Valor” device), three Army Commendation Medals with “Valor” device, the Cross of Gallantry with Palm (Vietnam’s highest award for valor), two Crosses of Gallantry with Silver Stars, one Presidential Unit Citation (Naval), three Presidential Unit Citations (Army), the Vietnam Cross of Gallantry w/Palm (Unit), the Vietnam Valorous Service Medal (Unit), the Combat Infantry Badge, Master Parachutist Wings, plus numerous other awards for service and merit. […] Duffy has been nominated for the Pulitzer Prize and has published six books of poetry. Two of his poems were selected to be inscribed on monuments, and others appear in countless publications and anthologies.

It is the lonely mission,
The Forward Air Controller.
His are the eyes above the battle.
His is the link to those below.

While others avoid and strike fast,
He lingers and trolls for contact,
Seeking out the enemy below,
Determining the strike force needed.

His is the job to control the air attack.
He determines the needs of the troops,
And works the airstrike margins.
His judgement is relied upon by all.

Watching a “FAC” roll in hot on target,
All guns blazing at his destruction,
Is to watch a man of courage in action.
This is the daily job of the “FAC”.

An article about the importance of the U.S. troops understanding foreign languages has this buried lede:

…foreign internal defense was the hottest mission set, and every unit — even Navy SEALs and Delta Force, which tend to focus on direct-action operations — jumped at the opportunity to conduct it in order to be deployed.

It makes the military sound geared towards being highly competitive on budget to be sent far away, which seems ironically contradictory to core concepts of internal defense values (collaborative and local).

Also it reminds me of the University of London School of Oriental and African Studies (SOAS), which was chartered 5 June 1916 to better “understand” foreign languages within and around the British colonial empire.

In other words during the height of WWI the hottest mission set was to train officials (e.g. spies) for overseas postings who would maintain and expand British influence and resist German sabotage. One might even say this training for internal defense is what laid the foundation for the English expression “101”.

For many years now I’ve been telling people cryptocurrency is a modern form of blood diamonds.

One of the important lessons from Nazi Germany and its derivative regimes like the South African apartheid government (e.g. two countries where Peter Thiel is from) is that money laundering can be a powerful means of evading global sanctions against rights violations (e.g. how Peter Thiel made his fortunes at PayPal).

It therefore should be obvious from history lessons that cryptocurrency serves a well-known anti-humanitarian pattern. Or maybe it’s easier to see the problem as popularized in “fascist pig” movies and books.

He has vices. He doesn’t have any real virtues. If you think James Bond is a fascist pig then Fleming seems largely on your side. 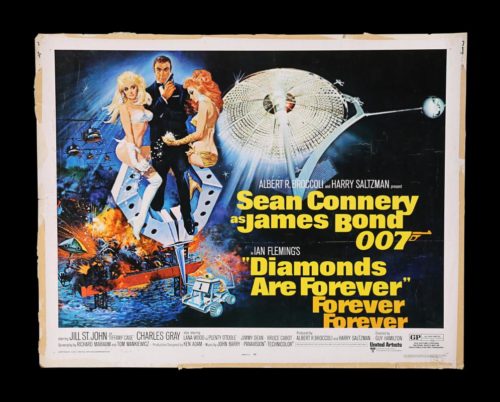 A very long time ago a bank that ran a large regional power company (common in America) called me to consult on security as ethics. Their risk team asked me if they should approve a plan for excess power generation during idle production to be poured into an on-site Bitcoin mining operation.

My answer was a simple question: “Do you really want to fund ICBM development in North Korea?” I guess I could have asked if they wanted to generate more fascist pigs.

The bank seemed genuinely surprised, which reminded me of the Sierra Leone lyric…

They asked a few questions, thanked me for explaining international history, and said they had to reject the plan.

Fast forward to today and more and more proof of the problem finally is reaching the news.

North Korea Used Crypto to Hack Its Way Through the Pandemic. The isolated country continues to find ways to evade sanctions and generate income while operating on the fringes of the global financial system.

To be fair blood diamonds for money laundering are just the start of the problem… the laundered money is used for laundered technology sold by Americans.

That’s why I often remind people the American NRA played an essential role in South Africa by importing guns to prop up the illegal white police state in direct violation of international sanctions.

Now who is the digital NRA?

So maybe think of crypto even more as digital blood diamonds to buy digital arms, such as access to algorithms in a Tesla to kill people by weaponizing cars.

As I’ve said in my presentations for at least a decade, it’s far easier these days to direct 40,000 loitering “driverless” vehicles (really munitions) to destroy a city than to launch missiles from far away.

Daniel Tonkopi, the Ukrainian CEO of Delfast, says permission has been granted to officially discuss deployment of his product into war:

Really we’re talking about motorcycles, yet for some reason people don’t like emphasizing the motor when using the phrase “electric bikes”.

If they did it might help with historic context of bicycles used in war for an extremely long time, as I’ve written here before.

Even more to the point, two-wheeled innovation in irregular war technology goes all the way back at least to the 1800s — over a century of bikes used in war with and without motors.

That being said, the photos posted by Tonkopi fit the well-tread path of bikes being light, agile, invisible and thus well-suited to haul heavy equipment around the front lines as we’ve seen since at least WWI.

Tonkopi provides classic motor head talking points on his post along with these images.

He doesn’t cite the range but it was indeed very impressive, especially since any serious bike rider would unlikely ever ride more than 100 miles in a day.

That massive (by electric bicycle standards) battery is what allowed it to set the new 367 km (228 mi) record for the longest distance traveled by an electric bicycle on a single charge. Of course the average speed of 21.5 km/h (13.5 mph) during the record attempt certainly helped.

The hidden subtext is long range correlates to high power for large loads, such as anti-tank weapons carried for a 50 mile trip to the front lines and back.

Thus what’s missing from these pictures and classic WWII “long-lines” talking points is a next generation of electric bike “cargo” design. The box frames provide even more capability for equipment as well as battery size. More gear for more range, what’s not to like.

To be honest suspension of a cargo load isn’t up for big drops (yet) and bottoming the frame on a berm can be pain…. Nonetheless, the box definitely hauls major loads so ask me how many stealth tank-busting drones or counter-drones could swarm straight off a R&M Load 75 into a deadly loiter position?

Armored box up front, flip switch to open bay doors, press fire and ride away. It’s like a ground force having a mobile launcher for its own mini air force.

The mash-up is less fantasy as it might seem, given bikes have been getting air force technology infused into them for a while.

Range was specifically called out as a factor in 2014 by War is Boring, when it profiled special operator “stealth” bike innovation coming from secret drones.

…the propulsion system Logos plans to use in the stealth bike already powers a drone. A secret drone. We asked about the conditions the bike might encounter. What kind of damage are the companies designing the bike to take? “We have not encountered a military-use scenario that is more brutal to a vehicle than, say, the Erzberg Rodeo, or casing a 120-foot jump,” a BRD official told us. “We’re likely to see fewer large-scale land operations and more smaller, distributed tactical forces operating autonomously and at extended range from supply and logistical centers,” Logos added. “This vehicle is envisioned to allow special operators to conduct their missions with the ability to travel long distances, rapidly, over unforgiving terrain, while remaining undetected by hostile forces.”

That’s all water under the bridge now since Delfast is clearly proving bikes not only able to meet objectives but essential to modern irregular war, as everyone should have expected.

A 2017 article “Without a Motorcycle in Kandahar, ‘You Are Like a Prisoner’” was foreshadowing of how the Afghan war would be won and lost by distributed/localization networks, hit & run tactics, and terrain advantages.

Something tells me this is poetic justice, since Russians ignored all of the warning signs in true copy-cat fashion — like Detroit in the 1950s thought squeezing gas-guzzling air force engines into American muscle cars as a show of power somehow would turn out better than supply chain crisis after supply chain crisis.