Maps are political by nature of defining boundaries. Whoever has that authority to classify territory, gains a lot of power.

More interesting than just drawing the lines, however, is the graphical representation of 3D spaces in 2D. Many probably are familiar with the impact of the Gall-Peters map (by Arno Peters based on a 1885 James Gall paper) since the 1980s.

UNESCO promotes the use of the Gall-Peters projection, and this option is widely used in British schools. Boston became the first public school district in the United States to adopt this map as its standard in 2017. 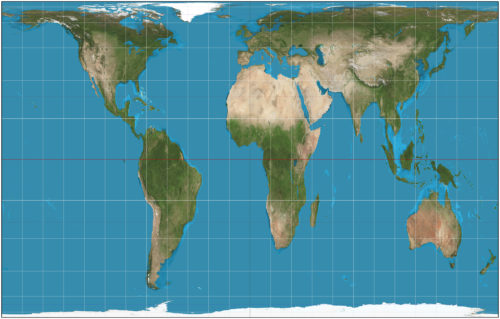 Lately it seems like the Gall-Peters projection opened the door to dynamic maps that try re-frame our understanding of reality in terms of coastline length.

Sailchecker, a charter company, offers us this warped view… 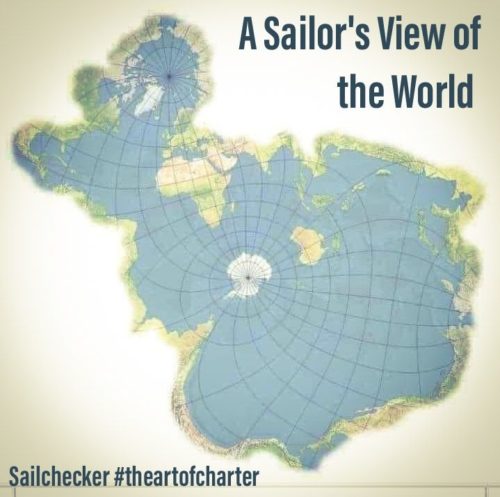 Speaking of coastlines, a report in 2010 by Linda Jakobson at the Stockholm International Peace Research Institute called “China Prepares for an Ice-Free Arctic” shows China’s perspective on sailing through the Arctic.

Then on 11 December 2013 the Chinese Academy of Sciences announced that the researcher (geophysicist) Hao Xiaoguang had drawn another new map of the world.

Saying prime vertical-wise world map is a mouthful (maybe sounds better in Chinese?) and so the Hao Projection might be easier and make more sense. 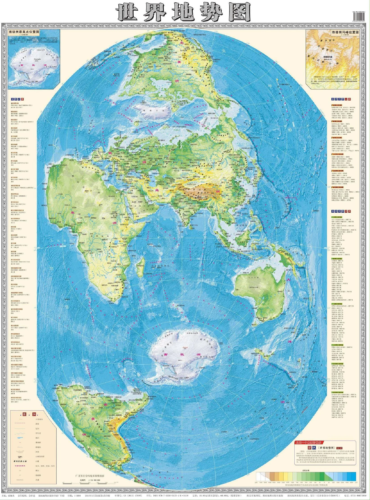 You can buy your own 1.1 meter sized relief version (3D凹凸地图 美观大方) of the Hao projection (ironically, shipping options are geographically limited) at the TMALL: 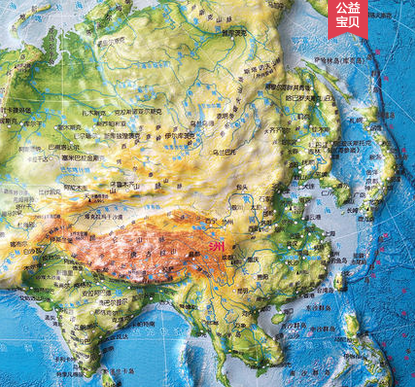