Bush Pilot’s was the best whiskey I ever tasted. It then suddenly and completely disappeared from stores in America around 1998.

I later found a bottle in 2000 on the menu at Skates on the Bay and I begged them, no pleaded, to sell the whole thing to me. They of course refused (claiming regulations) but I don’t think they realised at the time they may have been one of the last known places to have an accessible bottle.

Fortunately I don’t think anyone else realised either because I often went back and always found a bottle of Bush Pilot’s waiting for me. The day it finally was emptied I held a little farewell on the pier. Unfortunately they refused to sell me their empty bottle. It was the laws, again they said, that prevented it. 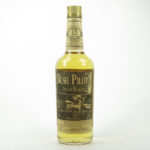 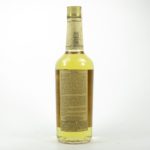 So then I was left to wonder how such an amazingly smooth 13-year-old corn whisky with hints of oak and vanilla could disappear. I called in friends and family in the search. Distributors, distillers, caterers, all came up empty-handed. One caterer swore he could find anything. But no Bush Pilot’s was found and I gave up hope.

Finally I have answers for Bush Pilot’s demise from CanadianWhiskey.org.

Someone at the St. Louis-based beer giant, Anheuser-Busch, took exception to the name “Bush Pilot’s,” claiming it was too easy to confuse with Busch beer. At first the charges seemed so ludicrous that Smith and Denton just forged ahead. But eventually, realizing that Anheuser-Busch was dead serious about forcing Bush Pilot’s off the market and had the money to do it, they acquiesced. With that decision, Bush Pilot’s soon disappeared from the shelves and a whisky that was a legend in its own time became the Canadian whisky aficionado’s Holy Grail.

What they mean is a big-box corporation was ready to spend a huge amount of money to prove that Americans are unable to distinguish a plant from an airplane.

The big-box probably would not have won the case (pun not intended) on merits but that didn’t matter since they could just threaten the small whiskey brand into financial oblivion from legal fees alone. Such a sad story, it begs the question whether Bushmills, a distillery traced to the 1600s, should force Anheuser-Busch to change its name?

Alas, now the world is without one of the most innovative and best whiskies ever sold. Another sad example of American regulation of food gone awry (pun not intended).

Actual story behind the name:

Marilyn Smith created Bush Pilot’s Private Reserve (BPPR) as a tribute to Fred Johnson, her adventurous industrialist father who started an airline for trips into the Canadian bush. Johnson was a Danish immigrant to America in the late 1800s who worked his way up from nothing to holding numerous patents and running a sizable empire of manufacturing tech firms. His fortunes boomed from the industry demands of WWII, creating Progressive Welder and then Detroit’s “secret concept car builder Creative Industries“. 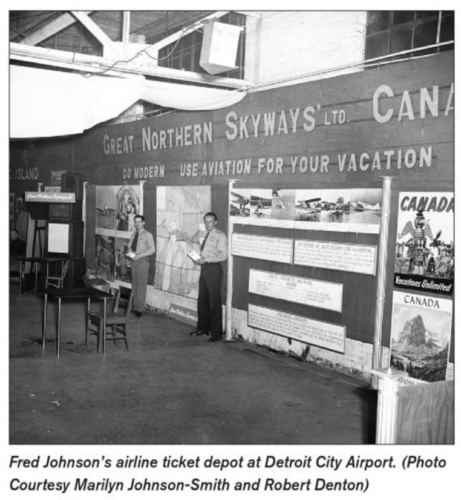 It flew from Detroit to remote resorts Johnson built near Ontario’s Blind River for hunting and fishing. Smith recalled her father telling stories of backwoods campfire drinking out of plain bottles of whisky the pilots would bring with them, which became the inspiration for re-creating a whiskey in his honor. A CBC interview from 1963 provides some first-person bush pilot perspective on what life was like.

No radio, no weather reports, and maps were sketchy…just topographical features.

Bob Denton, Smith’s partner, ran an independent spirits company in Michigan and in 1982 he was purchasing bulk Canadian blended whisky when he discovered a cache of well-aged corn whisky at Potter’s distillery in Kelowna, British Columbia. The distiller had produced it to sell to an old Canadian blend yet Denton convinced them he should buy it instead. Denton then bottled it unblended and single batch for Smith’s tribute to her father. In 1994 it was marketed as BPPR by Milton Samuels Advertising, becoming one of the rare whiskeys straight out-of-the-barrel to be bottled at barrel strength.