John Kelly, author of “The Graves Are Walking: The Great Famine and the Saga of the Irish People“, has posted a fascinating look at VP candidate Paul Ryan’s policy on public welfare by looking back at the Irish Famine.

It started in 1845 and before it was over more than one million men, women, and children would die and another two million would flee the country. Measured in terms of mortality, the Great Irish Potato Famine was the worst disasters in the nineteenth centuryâ€”it claimed twice as many lives as the American Civil War.

Kelly points out that Ryan claims a direct Irish heritage, yet the VP candidate’s views are diametrically opposed to his own family’s story of survival. Ryan is compared with British who wanted to decimate the poor during famine.

…between 1845 and 1850, repeated crop failures reduced the population of Ireland by a third. But crop failure wasn’t what caused the worst of it: a government economic philosophy called “Moralism” and speeches made in Parliament that are almost word-for-word like Ryan’s own speeches about his Republican budget are what made the famine catastrophic, causing needless deaths.

Back in mid-19th century Parliament, [Charles Trevelyan, the British official who oversaw famine relief] wasn’t alone, just as Ryan and Romney aren’t now. Sir Randoph Routh, the head of the Irish Relief Commission, was such a fervent crusader for the free market that not even mass starvation and mass death failed to shake his belief. When a starving delegation from famine-struck County Mayo visited Routh’s office, he presented his guests not with food, but instead with a copy of Edmund Burke’s pamphlet Details on Scarcity, in which Burke explains how market forces deliver food more efficiently than the government. In Routh’s enthusiastic gifting of Burke’s book are shades of Ryan’s fervent profferings, for years, of the works of Ayn Rand. (To be fair, Ryan didn’t give copies of Atlas Shrugged to any starving peasants.)

Just as well that Ryan didn’t hand out Ayn Rand’s work since it turns out her views actually contradict his stated religious beliefs.

Memorial in Dublin, Ireland to victims of the Famine: 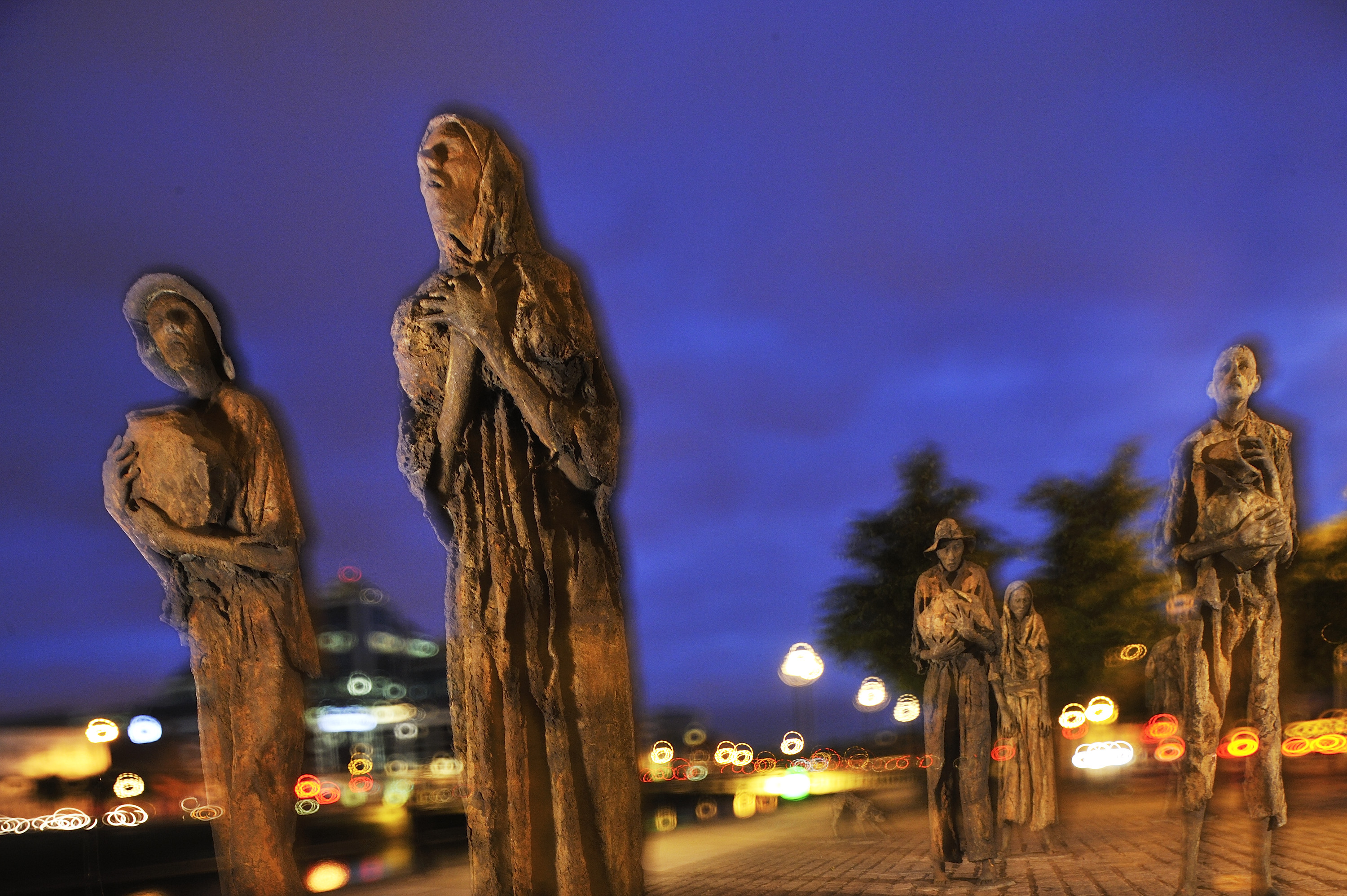