Here’s an example I captured from a museum’s archive: 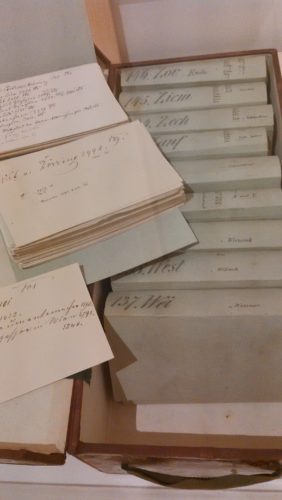 Encyclopedia Britannica explains the living conditions during this period, also called “centralization with a vengeance“, not terribly far from where some in the U.S. want things to go today:

Freedom of the press as well as jury and public trials were abandoned, corporal punishment by police orders restored, and internal surveillance increased. The observation of the liberal reformer Adolf Fischhof that the regime rested on the support of a standing army of soldiers, a kneeling army of worshippers, and a crawling army of informants was exaggerated but not entirely unfounded. One of the more backward developments was the concordat reached with the papacy that gave the church jurisdiction in marriage questions, partial control of censorship, and oversight of elementary and secondary education. Priests entrusted with religious education in the schools had the authority to see to it that instruction in any field, be it history or physics, did not conflict with the church’s teachings.