…the first coast-to-coast commercial freight trip made by a self-driving truck, according to the company’s press release. Plus.ai announced on Tuesday that its truck traveled from Tulare, California, to Quakertown carrying over 40,000 pounds of Land O’Lakes butter. 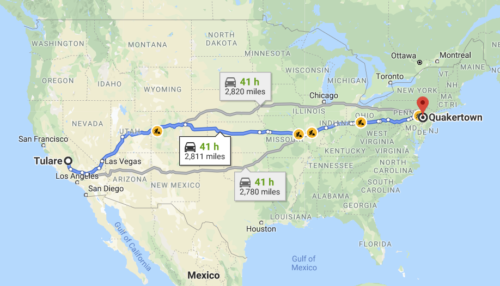 The truck, which traveled on interstates 15 and 70 right before Thanksgiving, had to take scheduled breaks but drove mostly autonomously. There were zero “disengagements,” or times the self-driving system had to be suspended because of a problem, Kerrigan said.

Indeed. The truck appears to have operated about as much like a train as one could get, although at much higher costs. If we had only invested a similar amount of money into startups to achieve a 250 mph service on upgraded tracks across America… 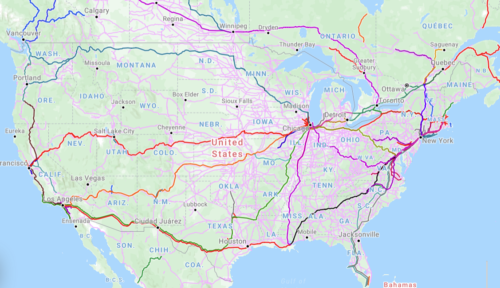 2800 miles at 250 mph is just 11 hours. Using electric line-of-sight delivery drones to load and unload the “last mile” from high-speed train stations at either end would even further expedite delivery time.

Trucks can’t improve their time much more because they start becoming more and more a threat to others trying to operate safely on the Interstate’s self-run collision avoidance systems. And it’s exactly the delta between operating speeds of vehicles on the same lines that generates the highest risks of disaster.

The absolute best whey going forward to skim time (yes, I said it) should be clear (it’s trains), although we’re talking long-term thinking here, which investors lurking around startups for 2-year 20% returns on their money have never been known to embrace.

Driverless trucks in this context are a form of future steampunk, like someone boasting today their coal-fired dirigible has upgraded to an auto-scooper so they no longer need to abduct children into forced labor.

Congratulations on being less of a selfish investor threat to others, I guess? Now maybe try adopting a socially conscious model instead.