An anti-semitic journalist named Paul Ferdonnet exiled himself in the late 1930s to Nazi Germany and was believed by French intelligence to be the broadcast voice of Radio-Stuttgart. 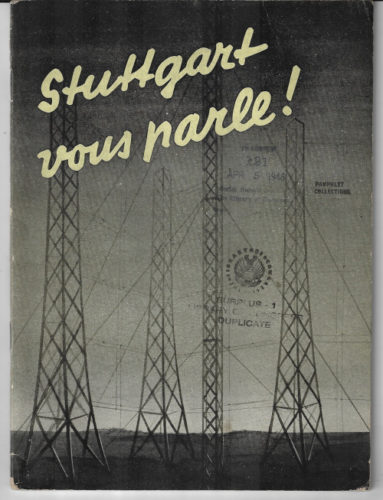 Ferdonnet had risen to fame by fraudulently boasting in French that Hitler was interested in peace and that Britain was no ally of France.

He typically tried to start propagandist campaigns with catchy fraudulent phrases like “Britain provides the machines, France provides the bodies”.

After WWII ended he was tried, convicted and executed by France as a war criminal. His allegiance was with personal power and hate, not his own country, population or its democratic institutions. Getty image from court:

I made reference to Radio-Stuttgart in my surprisingly popular earlier post about modern hidden symbols of racism.

NAEBC has been active since late June and built a small network of personas on Twitter and LinkedIn – some of which used computer-generated photographs of non-existent people – to solicit articles from followers and freelance journalists, according to the Graphika analysis here.

Nimmo said the accounts failed to attract any significant following with many posts only receiving a handful of shares, but got more traction on Gab and Parler – two social media platforms favoured by right-wing users for their lax approach to content moderation.

Paul Rockwell, head of trust and safety at LinkedIn, said his company had previously suspended three NAEBC accounts. “This is part of our regular work to actively seek out signs of state-sponsored activity on the platform and quickly take action against bad actors,” he said.

A spokeswoman for Parler said the company was not aware of NAEBC and had not discussed the activity with law enforcement. Gab did not respond to a request for comment.