More and more experts are joining to denounce Tesla’s marketing as dangerously misleading.

In that vein this might be one of my favorite denunciation paragraphs so far:

…the guy in the passenger seat is such a constant and unflappable apologist, to the point where if the Tesla attacked and mowed down a litter of kittens he’d praise it for its excellent ability to track a small target.

That comment is based on a “beta” video of Tesla’s “autopilot”, captured here by a mini documentary about alleged market-leading statements made by the CEO:

Here’s another view on the problem, from a drone setup by a human guinea pig trying unsuccessfully to get across an intersection in a “Full Self-Driving” (FSD) Tesla. 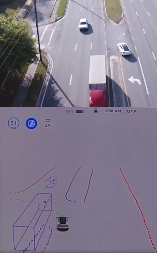 Notice the truck in a completely different position on the sensor view versus where the drone has it placed at the exact same time.

And in this scene, the guinea pig has to slam the brakes on several different attempts as he finally ends up saying “stop, STOP! Aaagghh… I couldn’t let it go…” as Tesla engineering was about to launch him directly into oncoming cars it didn’t see including a large truck towing a boat. 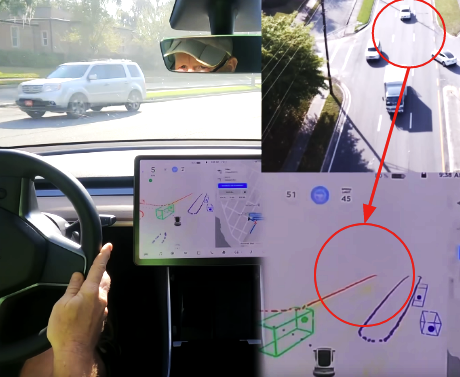 Perhaps insurance companies will mandate all Tesla guinea pigs fly a safety drone for evidence of fault collection that is real, versus the obvious low integrity of a Tesla.

2 thoughts on “Is Tesla an Elaborate Scam?”