An infamous blackface performance by Tesla indicates to me the company is promoting a fantasy of robots that invokes a discussion of slavery.

What do you see here?

I mean if the robot is supposed to represent humans, why not also have that robot dressed all in black just like every man who gets on that stage?

And why not have the robot appear with a white face like the man standing next to it?

More to the point, is this a mock-up for a petite black woman standing next to her white male owner (e.g. why did Tesla announce 5’8″ and 125 lb with large hips as their ideal robot form when not even a prototype product exists)? 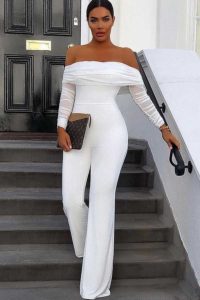 Several white men have reacted to me with shock and disgust when I bring up these simple observations.

One man literally sent me a message of black text on a white screen trying to tell me this robot face HAS to be black because a white interface doesn’t work.

I wrote back with black text on white interface “can you read this”?

Let’s go even deeper and take a look at some history of racism. It’s curious to me because those most familiar with the tragedy of blackface have NOT objected my comparison of the Tesla vision to slavery. Thus I humbly ask that the sad and painful experience of a blackface performance be viewed by everyone, such as the following one, to learn real history and gain perspective:

Now watch Tesla’s product pre-pre-announcement (no technology or product actually exists, it’s all just theory) in context of blackface dance, as it appears to have little purpose other than to use a product launch to put on a blackface stunt.

The surrounding commentary from Tesla doesn’t help move my impression in any way about the connections here.

…designed to eliminate “dangerous, repetitive and boring tasks,” like bending over to pick something up, or go to the store for groceries, Musk said. “Essentially the future of physical work will be a choice.”

That is slavery talk. Creating a robotic black woman “bending over” for him, getting groceries, making physical work optional for him… all of that is consistent with the narrative of slavery.

Bending over? Seriously. Musk is trying to say he is building a feminine robot to bend over for him, and wants to pass that off as something safety related?

In a seemingly like-minded comment, Musk emphasized an odd definition of how he expects to remain in control.

“We’re setting it such that it is at a mechanical level, at a physical level, you can run away from it and most likely overpower it”

They are shackling it so it can’t run away, also making it easy to leave it behind? Come on.

None of this makes any sense in terms of actual market needs, let alone actual security and safety controls (e.g. the “you” in his statement seems to imply a large white man). Musk claiming there will be “no shortage of labor” due to this robot announcement while in the next sentence saying “not yet though, because this robot doesn’t work ha ha ha” has to be evidence of an unhealthy mind.

It’s so far outside actual robotics and instead a sad display of tech-driven fantasy of white men with enslaved petite black women being physically dominated… it’s no wonder no women were on stage during such a presentation, or alone anyone black. On top of all that, I have to wonder who thought I was a good idea to have the petite blackface robot symbolically standing behind all these men, obscured by them.

Again, a bunch of men dressed in black in front of a black scene doesn’t make sense when the robot is supposed to be the focus. Might as well dress the robot in all black too? Something is just totally off with the disconnect, the clear dehumanization of a machine meant to appear as human as possible.

All that being said, it could be I’m totally wrong here. Maybe we’ll find out the look Tesla was going for instead was the executioner’s hood. 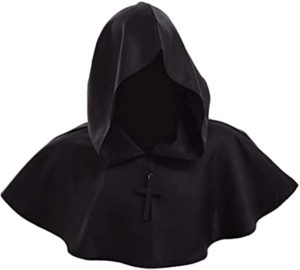