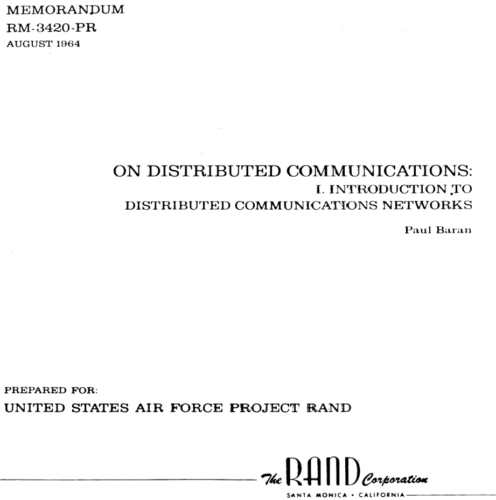 …one in a series of eleven RAND Memoranda detailing the Distributed Adaptive Message Block Network, a proposed digital data communications system based on a distributed network concept. […] Various aspects of the concept as reported in this Memorandum were presented before selected Air Force audiences in the summer of 1961 in the form of a RAND briefing (B-265), and contained in RAND Paper P-2626, which this Memorandum supersedes.