Here’s a pithy comment by Peter Salama, head of the new Health Emergencies Program at the World Health Organization, about factors leading to Ebola crisis unfolding this year in DRC:

These viruses manage to exploit social vulnerabilities and fault lines. That’s what we’re seeing in this Ebola outbreak starkly.

And even more to the point:

In the last two years since I have been here, 80 percent of our major outbreaks have been in conflict-affected areas. This is the issue of the future.

The issue of urban outbreaks of high-threat pathogens is really an issue of our generation. I don’t think we’ve fully grappled with that. Now with yellow fever, plague, with Ebola, we are starting to see these patterns. All bets are off [in terms of] thinking we know about the transmission of diseases because of what happened in rural outbreaks in the past. It’s completely different now.

Ok, so you have this data showing conflict-affected areas are where the major outbreaks occur, and that is “the issue of the future”. Consider this in terms of infected drones easily deployed over/under/around barriers into urban areas, and then rapid lateral transmission.

I’m not trying to think out of the box here. This is an ancient security worry, for those familiar with the history of siege weaponry. 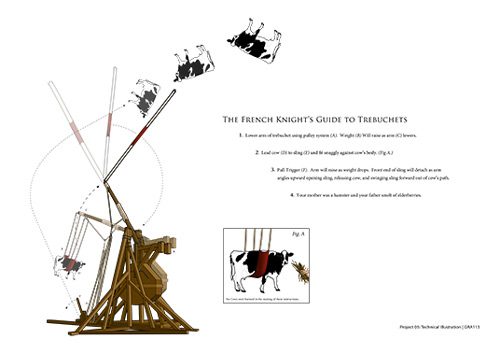 Who (pun not intended) can guess the current US regime’s response to the outbreak of a high-threat pathogen in the place most expected? Perhaps the title of this post gave away the answer.

The US pulled its Centers of Disease Control and Prevention workers out of Beni, the outbreak epicenter. They decided it was too dangerous for America’s best Ebola experts to be there — and it sounds like they are not coming back anytime soon. […] But I understand Canada, the UK, even nonprofits with US personnel, are sending people, and you have hundreds of WHO officials deployed. Is the US government an outlier?

The US government is the main country that has had constraints.

China has downgraded the rating of US ability to partner or deliver goods, and is distancing itself from the instability of a white nationalist White House.

…the economic relationship between the U.S. and China has been permanently altered.

…imposition of tariffs on more than $250 billion in Chinese goods already has prompted China to [buy] soybeans from Brazil rather than Indiana or Iowa.

Xi has personally directed a campaign to promote “self-reliance,” with public tours of China’s modern industries in the south and its traditional Rust Belt region in the northeast.

“The turn away from reliance on the U.S. for agricultural and industrial inputs will accelerate,” Charles W. Freeman Jr., a former U.S. diplomat said in an email.

This really isn’t about China or America, though. Anyone familiar with the erratic performance and quick failure of a certain steakhouse, casino, airline…probably wouldn’t want to hitch their wagon to a horse unwilling to pull its own weight let alone help anyone else.