The Washington Post has an excellent article called The Power of Political Misinformation:

[John] Bullock [of Yale University] and others have also shown that some refutations can strengthen misinformation, especially among conservatives.

Political scientists Brendan Nyhan and Jason Reifler provided two groups of volunteers with the Bush administration’s prewar claims that Iraq had weapons of mass destruction. One group was given a refutation — the comprehensive 2004 Duelfer report that concluded that Iraq did not have weapons of mass destruction before the United States invaded in 2003. Thirty-four percent of conservatives told only about the Bush administration’s claims thought Iraq had hidden or destroyed its weapons before the U.S. invasion, but 64 percent of conservatives who heard both claim and refutation thought that Iraq really did have the weapons. The refutation, in other words, made the misinformation worse.

A similar “backfire effect” also influenced conservatives told about Bush administration assertions that tax cuts increase federal revenue. One group was offered a refutation by prominent economists that included current and former Bush administration officials. About 35 percent of conservatives told about the Bush claim believed it; 67 percent of those provided with both assertion and refutation believed that tax cuts increase revenue.

This is a devastating result. Security and education in America are under severe threat if you believe this theory. Play the victim and facts do not matter.

The people calling themselves conservatives seem to have an amazing “hubris”. They not only stick to their guns in the face of science or even just details (like Lehman’s CEO who refused to believe his company was in trouble) but they actually become more convinced they are in the right when evidence starts to challenge them.

Prove to them the world is round and they might just try to burn you at the stake for discrediting their flatland leader.

Here is how Frantz Fannon described it in his book Black Skin, White Masks: 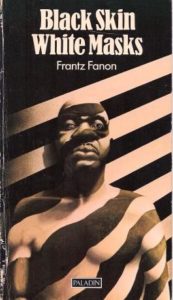 Sometimes people hold a core belief that is very strong. When they are presented with evidence that works against that belief, the new evidence cannot be accepted. It would create a feeling that is extremely uncomfortable, called cognitive dissonance. And because it
is so important to protect the core belief, they will rationalize, ignore and even deny anything that doesn’t fit in with the core belief.

Dostoevski also wrote that people fear most taking a new step. They require passive, reassuring, non-challenging words in order to move in a direction unfamiliar. I remember when Americans used to argue this is an old-world perspective, anathema to the “can do” and “will do” frontiers-(wo)man. Well, welcome to the old-world again.

This is not conservatism, incidentally. This seems to be the very opposite of what conservatism used to stand for and how it was thought. There was a time when conservatives in America demanded a strong foundation in learning from well-known scholars and history precisely to fearlessly navigate new ideas. Strangely, Rove and pals have been able to hijack the group and turn it into drones waiting for instruction (e.g. fascism).

In other words a vast group of Americans apparently are so unable to process information that they have become highly vulnerable to manipulation (social engineering, foreign influence) in a very, very bad way. And that is probably exactly what Rove wants. 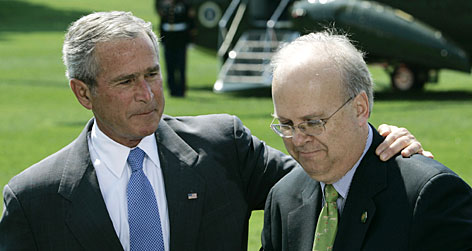