Big day in the news for international relations. The leader of the US Regime took a self-promotion campaign to the UN body and received only laughs and mockery. The Independent has sharp analysis of what the vacuum in US leadership means for global policy makers.

First appearance before intergovernmental organisation after Washington cut refugee aid funding. […] The moment only reinforced Mr Trump’s isolation among allies and foes alike, as his nationalistic policies have created rifts with erstwhile partners and cast doubt in some circles about the reliability of American commitments around the world.

Much of this was overshadowed by allegations that yet another of the US Regime leader’s appointments has turned out to be a partisan bully, abuser of women, and liar

With his all-out attack on Democrats, the Senate, and the Judiciary Committee, Kavanaugh helped guarantee the Court will look even more partisan, whether he sits on its bench or not.

Speaking of a penchant for bully tactics, another story was overshadowed. The US Regime has released a new cyber doctrine that advocates “pre-emptive” hacking of foreign countries. They have rebranded the active defense or hack-back concept as “defend forward”, which is only sightly removed from saying “defense offense”. I suspect the latter couldn’t be chosen because a Department of Defense Offense acronym would never fly. 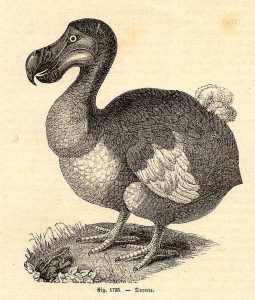 Anyway, thinking back to the UN speech of the same day, in which the US Regime leader said he did not respect global authority and then proceeded to tell all the other countries what they should be doing differently, I have to point out a key caveat in the cyber attack policy:

…under the new strategy, US offensive cyberattacks will not target civilian infrastructure, because the US must abide by a UN agreement that prohibits “damaging civilian critical infrastructure during peacetime.”

Someone is writing that the US must abide by a UN agreement?

Given that the US is the ONLY COUNTRY IN THE WORLD that refuses to sign a UN Convention on the Rights of the Child.

Given that the US ended its support for UN refugee aid?

And given that the US Regime leader just literally said to the UN Assembly he abides by own beliefs not global controls:

…America will always choose independence and cooperation over global governance, control, and domination.

I honor the right of every nation in this room to pursue its own customs, beliefs, and traditions. The United States will not tell you how to live or work or worship.

We only ask that you honor our sovereignty in return.

Where is the must abide part?

I mean don’t get me wrong, the US Regime is saying both “The United States will not tell you how to live” just a few short paragraphs before also saying “place refugees as close to their homes as possible” without caring that it is obviously contradicting itself. His words are untrustworthy and often meaningless.

My point is that you can’t claim to be giving good analysis of US political policy by looking at this rudderless leader (whose only consistent theme is support for white men accused of abusing women), on the day that he gives a speech rejecting global governance or control, by reporting that his cabal must abide by agreements prohibiting harm to civilians.

Again, let me point out the US is the ONLY COUNTRY IN THE WORLD that refuses to sign a UN Convention on the Rights of the Child. Does the writer thinking about abiding by UN agreements realize the US is ranked among the very lowest countries in terms of ratifying human rights, lower than China and Iran? 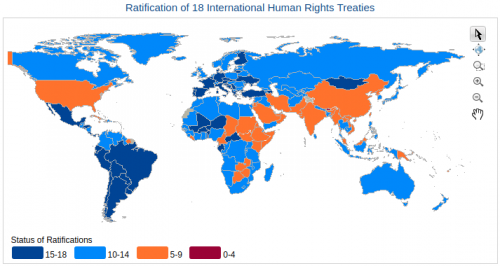 And let me also remind the reader of US Regime actions, more than words, when the Yemen incident was reported shortly after inauguration:

…first counterterrorism operation authorized by President Trump since he took office, and the commando was the first United States service member to die…Yemeni official said that at least eight women and seven children, ages 3 to 13, had been killed in the raid. Qaeda supporters said that Mr. Awlaki’s young daughter was among the dead and denied that any senior Qaeda leaders had been killed, according to the SITE Intelligence Group, which monitors extremist communications. Faisal Mohamed, a Bayda official whose two sons witnessed the attack, said it severely damaged a school, a health facility and a mosque.

As a long-time public and global advocate of active defense, this of course puts me in the position of having to explain again how and why the US military today is likely wrong in its thinking.

To be fair to myself, I suspect most people quickly can see the difference between what I advocate and what the US Regime is doing. If nothing else, I continually try to remind people the US has not agreed to a convention that protects children from harm. Active defense does not need to operate without basic regard for human rights, as promulgated through the UN assembly.

And so if any of you, dear readers, are even thinking about joining the DoDo, sorry, the defense forward team, just remember the US Regime almost immediately upon taking control gave the order to bomb a school, hospital and mosque killing innocent women and children while getting their own highly-trained soldier killed in the process.