The Intercept points out that, while public statements are being made about troop draw down and conflict reductions, an actual increase in secret military operations is happening:

On average, more than 4,000 Special Operations forces — Navy SEALs, Army Green Berets, and Marine Corps Raiders among them — are deployed to the region each week, more than anywhere else in the world.

The logic of burying the data on protracted military engagements is not a very well held secret.

“Already we’re not getting answers to basic questions, like who the U.S. has killed and why it hasn’t better protected civilians, and the more the U.S. role is turned over to Special Operations Forces, the CIA, or contractors, the less information the government is going to provide,” Eviatar told The Intercept. “One has to wonder if that isn’t the reason they’re apparently shifting these roles to secret agents whose actions and their consequences the government isn’t required to disclose.”

The increase comes despite direct opposition from special operations command itself.

The breakneck pace at which the United States deploys its special operations forces to conflict zones is taking a toll, their top commander told Congress on Thursday.

Army Gen. Raymond Thomas, commander of U.S. Special Operations Command, called the rate at which special operations forces are being deployed “unsustainable” and said the growing reliance of the U.S. military on its elite troops could produce a dangerous strain.

“We are not a panacea,” he told the Senate Armed Services Committee. “We are not the ultimate solution to every problem, and you will not hear that coming from us.”

While the special operations numbers have swelled to larger than the entire standing army of Germany, and US military leadership says it opposes overuse of special operations, we’re seeing a return to the Reagan-era mistake of expensive unaccountable albatross with little chance of “winning” anything tangible…which sets the US military up for collision in civil relations.

It’s only been 44 years since Frank Church created his famous committee on secret wars and alerted the country how they were connected to America spying on Americans.

I’ve also recently given a talk and written about how President Reagan tried to undo and avoid the Church Committee findings, engaging in widespread illegal arms deals for secret wars and perhaps even human trafficking. The lessons from those disasters should not be underestimated, especially as we transition to cyberwar models.

“This cyber environment involves people,” Neal said. “It involves their habits. The way that they operate; the way that they name their accounts. When they come in during the day, when they leave, what types of apps they have on their phone. Do they click everything that comes into their inbox? Or are they very tight and restrictive in what they use? All those pieces are what we look at, not just the code.” […] ISIS was using just 10 core accounts and servers to manage the distribution of its content across the world.

That weakness from lack of segmentation is an efficiency hallmark in small groups. The opposite, funding a market for teams to develop similar tools without allowing them to share resources, is usually considered the kind of model only large organizations would fund. 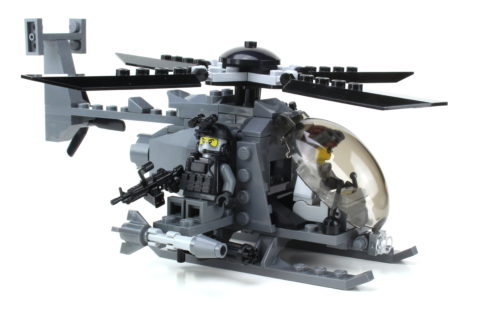 Even fewer Americans see how that crosses over into the Lyft/Uber business model of surveillance capitalism. And an even smaller group remembers Poindexter well enough to connect the dots here to see a dangerous lack of transparency that should be required as we build new “active defense doctrines” for the Internet.

We can not afford to ignore mistakes of the past on this topic, such as the secret SAS missions, especially when there are emerging opportunities for international security alliances including the Christchurch Call and Monday’s “Joint Statement on Advancing Responsible State Behavior…”.

All members of the United Nations General Assembly have repeatedly affirmed this framework, articulated in three successive UN Groups of Governmental Experts reports in 2010, 2013, and 2015.

Alliances that account for clandestine operations is the smart way to go forward, whereas unaccountable executive-led secret wars would repeat some of the worst past mistakes.