While digging around in history documents I noticed a very precise phrase comes from the Free Speech League of America, during 9 April 1917 “Espionage and Interference with Neutrality” Hearings of U.S. Congress:

The first casualties of war are free speech and free press

Also, I noticed in the above passage that English general and statesman (Cromwell) quote. This sent me right back to digging around some more, this time in the records of U.S. District Court for New Jersey – 25 F. Supp. 127 (1938):

Eugene Lyons, whom we understand to be an experienced and originally sympathetic newspaper reporter, ends his most interesting book, Assignment in Utopia, in these words: “No plan for economic salvation must be accepted if it is diseased with disdain for life. Ultimately Russia will not be judged by how much bread it has given its people — by that standard other countries and other systems may be far more successful — but by how much freedom, self-respect, equality, truth and human kindness it has brought into the world.”

What if it’s not a freedom to make (and distribute in large quantities) either bread or speech that matters most?

Instead it seems like we should focus energy on integrity of that bread and speech — on the quality measures of what is being spread, such as respect, equality, truth and compassion.

After all, is someone delivering unsafe food to be ingested really so much different than delivering unregulated poison into hands and to the mind (“diseased disdain for life”)?

Just a few days after the above appeal by the Free Speech League of America in April 1917 for the right to criticize government, an Executive Order 2594 was published and a new Committee on Public Information (CPI) was formed under President Wilson.

The Secretary of State, Secretary of War, Secretary of Navy and a civilian (charged with executive direction) almost immediately started pushing out official propaganda based on KKK themes and imagery of that time (given how Wilson had restarted the KKK in 1915 under “America First”): 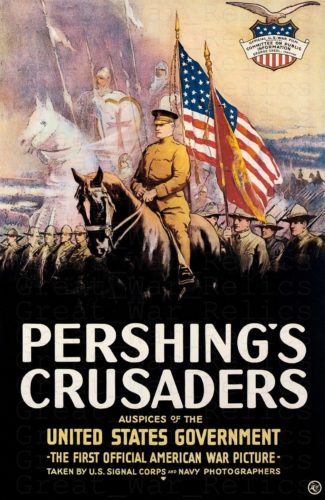 Few today seem to remember or speak of America in WWI amplifying KKK messaging from the White House itself, yet that is exactly what was happening.