In 1961 the U.S. had a top spy in Moscow delivering extensive details of the Soviet nuclear program:

In tandem with the CIA, MI6 were in the midst of running their most successful espionage operation to date. A colonel in Soviet military intelligence, Oleg Penkovsky, was working for them as an agent-in-place, photographing thousands of top-secret documents with a miniature camera, and delivering the resulting microfilm in disguised packs of cigarettes and boxes of sweets to Chisholm’s wife Janet, at cocktail parties, parks and other locations around the city.

Some describe these massive disclosures from deep within the Soviet military (by a man who turned on his country after being denied a promotion) as a primary explanation for averting disaster in the Cuban missile crisis:

The CIA’s chief analyst during the crisis, Ray Cline, later told historian Christopher Andrew that Penkovsky’s intelligence was vital to its resolution, as it allowed the agency to “follow the progress of Soviet missile emplacement in Cuba by the hour.”

Just as the crisis ended on October 22, 1961 Penkovsky was arrested by the KGB.

The next chapter to this story isn’t what you might think.

It actually becomes how the Soviets at that time had established a top spy in Paris, who was delivering extensive details of the U.S. nuclear program in Europe. In October 1961, as Penkovsky was shut down, the Soviets pushed an American mole for deeper access.

In late 1961 [Robert Lee Johnson] received the top-secret clearance and was admitted into the vault as a clerk. At long last the KGB was in. […] Over the following weeks the infiltration began in earnest as he successfully copied the vault keys using clay molds supplied by KGB operatives. In October of 1961 he received a specially manufactured X-ray device from Moscow that he was instructed to place over the final lock in the vault; KGB technicians could then deduce what combination unlocked the vault by studying the cogs inside the locking mechanism.

This spy was from within the U.S. military; “an embittered bureaucrat with a grossly inflated sense of self-worth”, and like Penkovsky a man who turned on his country after being denied a promotion (not to mention being named after a traitor in the military who defected and fought to destroy the U.S. — Robert Lee).

On 15 December 1962, Johnson accessed the vault for the first time and looted its contents. The operation, extensively rehearsed beforehand, went exactly as planned and by 03:15 the following morning some of America’s most sensitive cryptographic and military information⁠—some of it classified higher than top secret⁠—was on its way to Moscow. The treasure trove of information proved so valuable that the KGB decided to reward Johnson with a bonus of $2,000 and the rank of honorary Major in the Red Army. The information⁠—rumored to include the numbers and locations of US nuclear warheads in Europe⁠—was deemed so important that it was presented to Comrade Khrushchev himself.

While there are plenty of stories of Johnson using a vaguely described radioactive device, I’ve found so far almost no documentation or details. Explanations of the Soviet portable X-ray design that cracked a top-secret lock seems obscure, and probably intentionally. 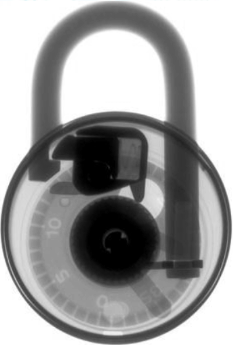 Allegedly the first lock was cracked by making a wax impression of the key, the second lock had a combination written on paper that someone left in a trash can. These are routine weaknesses. The development in October 1961 of an X-ray to crack the third and final lock for U.S. top-secret files is by far the most interesting, especially given the timing, and yet very little record at all has been made available.