I never understood why Google maps didn’t give elevation data (topographical) and level of effort required for a route. Used to be a thing I tweeted about from time to time. 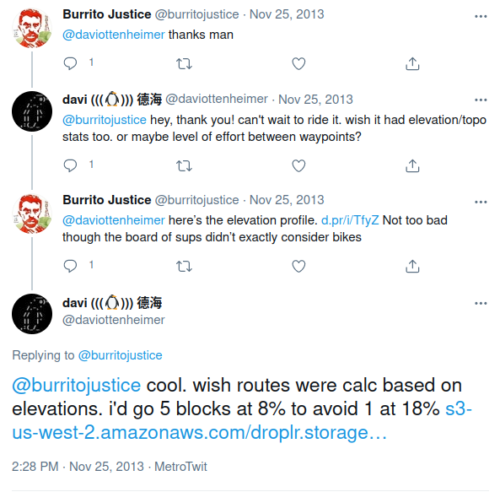 It’s literally the thing every hiker or biker knows to look for when they look at a map.

San Francisco, for example, would have routes from Google that went straight up or down 18% grade hills because direct, yet that’s not at all how anyone really wants to walk, bike or even drive.

Fast forward to 2021 and Google has announced… “eco-friendly routes“.

Google should instead make them the default and then put a “crow flies” or even a “high cost” moniker on routes that are more straight-line yet far more inefficient.