In April of 2021 the FTC published a blog post saying bias in algorithms is against the law:

Section 5 of the FTC Act. The FTC Act prohibits unfair or deceptive practices. That would include the sale or use of – for example – racially biased algorithms.

A month later, Twitter deleted an undeniably biased algorithm that had been exposed by outsiders (discovered while researching Zoom integrity failures).

Twitter then tried to push a PR campaign that their colossal failures of ethics were some kind of success.

In October 2020, we heard feedback from people on Twitter that our image cropping algorithm didn’t serve all people equitably. […] One of our conclusions is that not everything on Twitter is a good candidate for an algorithm… thank you for sharing your open feedback and criticism of this algorithm with us.

In other words, in a formal internal investigation the product was deemed not only undeniably biased and causing harm…

It was unnecessary, on top of being illegal.

That’s a very different tone than Twitter’s 2018 promotion of the algorithm from a research team, which lacked any bias/risk analysis at all.

Why was speeding up gaze prediction important?

On the face of it this is a tone-deaf thing to say, sort of like saying speeding up hate crimes is important.

Why didn’t a 2018 Twitter team discuss even the most basic risk of harms from their plans? Great question. Who wants to speed something known to cause injury?

To save time, let me just say these team portraits may have a clue. 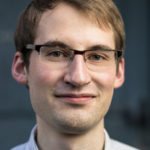 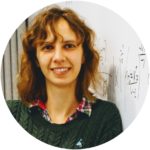 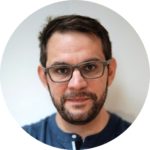 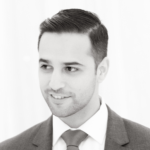 Time and convenience are very dangerous to chase unless they come with deep analysis of context, not to mention compassion for the potential victims.

Let’s be honest here. Did any of these researchers care about harm? Did the team report to anyone in management responsible or accountable for failure?

The Twitter “fix” report thus reads to me all wrong.

It would be like a bank report that tells us they had been caught stealing money and they didn’t even need it. Are you kidding me? They no longer will steal in that one method, and we’re supposed to be satisfied?

In other words, did Lucas Theis say something like “I made you a land mine to speed things up, I didn’t tell you to bury it in the ground so don’t blame me”? It appears he ran from Twitter’s investigation to work instead at Google (which, very notably, fired its ethics team).

For comparison, here’s a sentence from a bank that is completely lacking from the Twitter report:

…fined a combined total $185 million for fraudulent activity, and CEO John Stumpf resigned. Between 2011 and 2016, approximately 5,300 employees were fired.

Don’t pop your champagne just yet if nobody is being held responsible for what seems to rise to the level of illegal activity.

On that note, let’s talk about American history for a quick minute.

Twitter management may have just been caught out being yet another willful American white supremacist propaganda platform, such as “How the White Press Wrote Off Black America”

The white press in the South dictated how anti-Black atrocities were viewed all over the country by portraying even the most grotesque exercises of violence as necessary to protect a besieged white community. White news organizations elsewhere rubber-stamped this lie. The editors of small, struggling Black publications often risked their lives to refute what they rightly saw as white supremacist propaganda masquerading as news.

Do you know what saves time? Rubber stamping lies. Indeed, fraud is a big time saver if you can ignore the harms.

Was the white press in America breaking the law by peddling fraud? And what if the “rubber-stamped lies” result in a report from management saying they found their own time-saving practices biased and unnecessary? Does this simple admission from management mean they are off the hook?

These questions are far less clear cut than 1830s phase of American “cancel culture” where anyone daring to publish the truths about systemic racism instead would be hunted and killed by angry white nationalist mobs.

I guess we could say at least today we don’t see Twitter murdering anyone criticizing their alleged systemic racism, but that’s an extremely low bar.

The “white-washing” tone of Twitter management in their report makes me wonder if it’s like their HQ is really in a particular suburb of Chicago, if you know what I mean.

I’ve been pointing out indicators of systemic racism in Twitter management for nearly a decade now… since there has been ample evidence of facilitating fascism and tyranny, even purposefully coddling white nationalism (e.g. enabling the mobs that would murder their critics).

Don’t take my expert opinion about it however, It has gotten so bad that the SPLC now officially reports it too:

Twitter gave far-right extremists the platform they needed to plan an attack… many Twitter employees are ‘well-meaning,’ and do not necessarily subscribe to the same … ideology as the company’s leadership…

Read that carefully. Well-meaning staff are being described as the powerless exception to documented evil leaders at Twitter facilitating harms.

In conclusion, if someone like the FTC isn’t holding leaders more accountable — making it illegal to be so evil — than who will? Internal Twitter investigations that acknowledge alleged criminal behavior and stop a single instance of it… appear to cover up a much deeper problem and delay real accountability. 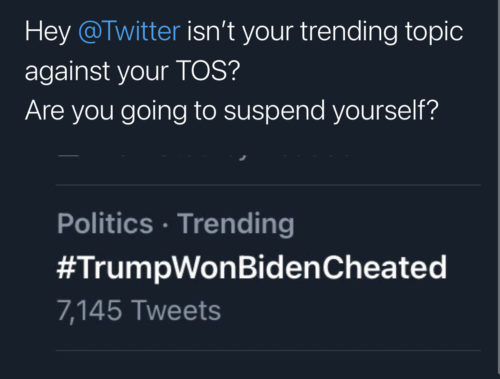