Haile Selassie I, born Tafari Makonnen, ruled as Emperor of Ethiopia from 1930 to 1974. He was known for modernizing the country through political and social reforms, such as the written constitution and the abolition of slavery.

His power was interrupted by the Second Italo-Ethiopian War, which forced him into exile during Italian occupation. The Allied campaign in East Africa, using pioneering methods of irregular warfare, liberated the country in 1941 and restored Selassie. 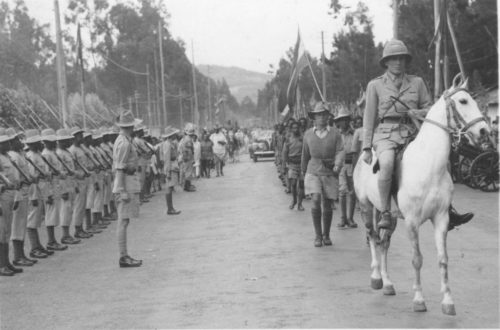 He also presided over and became the first chair of the 1963 Organization of African Unity (today known as African Union). A 1974 military coup by the “Derg” removed him from power and he was murdered by them August 27, 1975.

It’s an important history lesson in context of a new Hill article that says the United States unfortunately modeled counter-insurgency in Afghanistan on colonial instead of post-colonial doctrines.

At its most concrete, the difference between colonial and post-colonial settings boils down to what one can offer the population, which, per FM 3-24, is the true “center of gravity” in an insurgency. Galula emphasizes in his writing that a key part of the colonial regime’s pitch to the population is that the colonial power is not going anywhere. Therefore, siding with the colonial power and supporting it tacitly or actively is a reasonable choice. One can trust that which will always be there.

This argument undoubtedly helped France recruit large numbers of locals to fight under French colors. In contrast, the post-colonial foreign power that broadcasts its intention to leave from the moment it first arrives faces a far more difficult time rallying and sustaining support.

No one really has figured out how a third-party military intervention shores up the legitimacy of a client state in a post-colonial context.

The Allied liberation of states held by the Axis was all about intervention to shore up legitimacy of a client state, so there’s plenty of evidence to reference. Ethiopia makes for a particularly good case example, bridging into a post-colonial context, because it was never colonized.