February 10th, 1959 the U.S. President a letter to Biggs with a very philosophical response:

I doubt that citizens like yourself could ever, under our democratic system, be provided with the universal degree of certainty, the confidence in their understanding of our problems, and the clear guidance from higher authority that you believe needed. Such unity is not only logical but indeed indispensable in a successful military organization, but in a democracy debate is the breath of life.

The mental stress and burden which this form of government imposes has been particularly well recognized in a little book about which I have spoken on several occasions. It is “The True Believer,” by Eric Hoffer; you might find it of interest. In it he points out that dictatorial systems make one contribution to their people which leads them to tend to support such systems — freedom from the necessity of informing themselves and making up their own minds concerning these tremendous complex and difficult questions.

It is difficult indeed to maintain a reasoned and accurately informed understanding of our defense situation on the part of our citizenry when many prominent officials, possessing no standing or expertness except as they themselves claim it, attempt to further their own ideas or interests by resorting to statements more distinguished by stridency than accuracy.

This “breath of life” framing about debate and democracy wasn’t new for Eisenhower.

September 27, 1948 he gave an anti-fascism talk to the Jewish Theological Seminary:

I can see no reason why we ourselves, if we believe – as the dictators would have us – that men are merely animals, should defend equal rights for each other before the law. But we believe that because men have each been born with a soul they have inalienable rights and none can take them away. These rights can never be destroyed. That belief came from the ancient Jewish leaders. They taught and gave their lives in this belief. They taught us that although man is made of the dust of the earth, having had the breath of life breathed into him, he is a living soul. On this belief is based the doctrines that the American Army fought to defend.

The subtext here is that debate is a breath of life insomuch as it’s non-toxic.

Both of Eisenhower’s explanations say he believed there must be ample room for disquiet, while acknowledging he just led armies to destroy threats to peace — a seeming contradiction.

Really he was expressing tolerance with a limit, or a science of extremism, which has some way of indicating when things have gone too far. Eisenhower later evolved his philosophical beliefs along the lines of blocking extremism, expressing a need for measuring respect and trust.

Were his thoughts too late to stop the devolution of the GOP into a party of hate? Eisenhower seemed to be on the right path to protecting Americans against discrimination, albeit slowly and from within circles overtly committed to discrimination. By the time Ronald Reagan was seated as President, intolerance and racism (tyranny encoded as a “shining city”) became front and center to the GOP platform.

Looking back today I suspect Eisenhower probably would admit he should have blocked Nixon being nominated to be his VP candidate (he asked for alternatives but none were given). Waffling along and ignoring such a risk to the GOP and America was a mistake.

Today he might even admit Truman’s scathing warning was right in 1952 when he didn’t mince words about Eisenhower failing to stop the coming dangers to democracy:

The Republican candidate [Eisenhower] for the Presidency cannot escape responsibility for his endorsements. He has had an attack of moral blindness, for today, he is willing to accept the very practices that identified the so-called ‘master-race’ although he took a leading part in liberating Europe from their domination. I do not withdraw a word of that statement. […] …Senator Nixon [candidate for Vice President] and most Republicans, voted to override any veto of the McCarran bill, which is recognized everywhere as discriminatory.

Here’s some final food for thought.

Basically Eisenhower was a big believer in science, even writing letters about a thermometer being essential to grilling a steak. 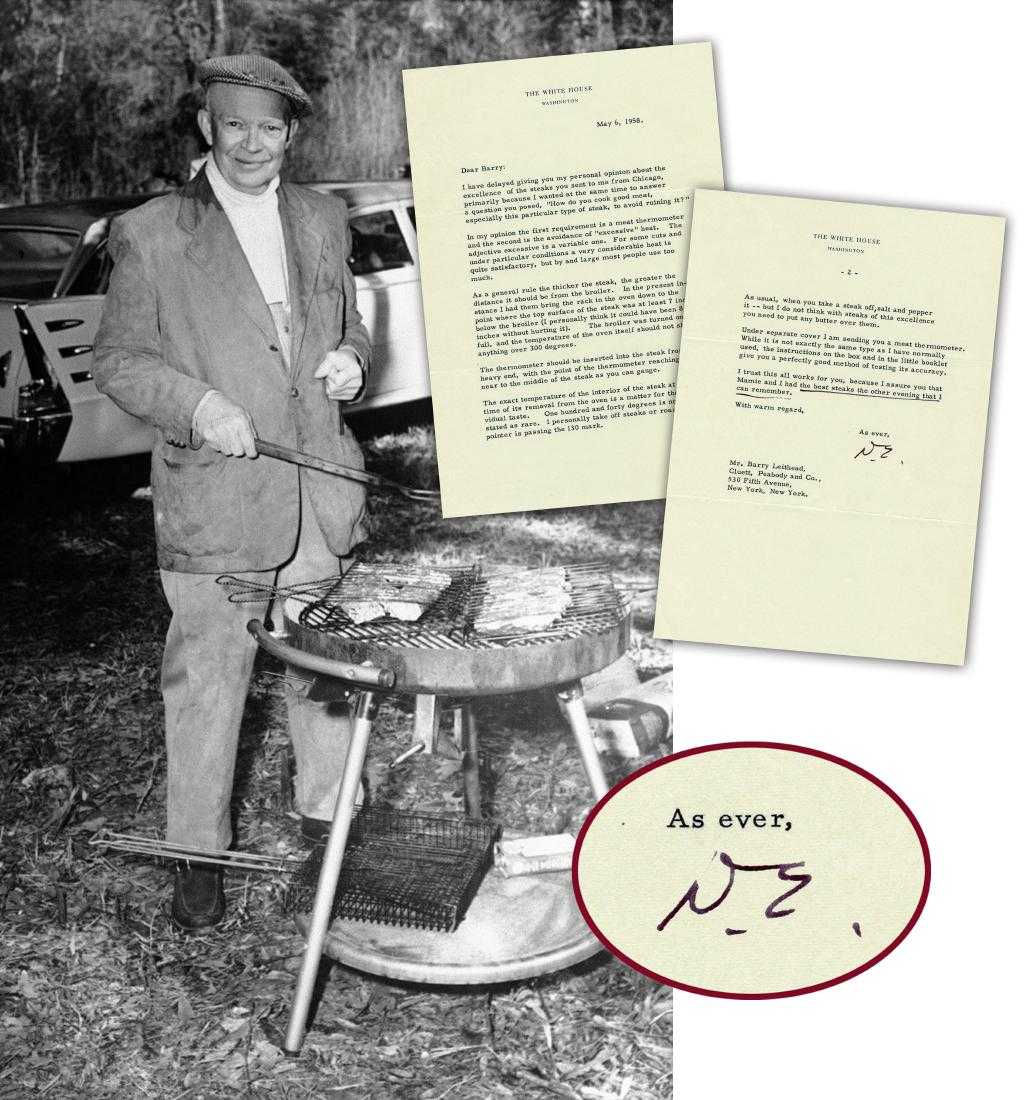 Yet when it came to ideas for debate he might have lacked the necessary tools (no gauge on extremism when the McCarran bill was vetoed) and thus opened up America to an over-cooked extremist right-wing future.