Andrew Good from NumbersUSA (“Media Standards” Director based in Arlington, Virginia) fired off an email to me with the following opener:

I just read your piece from Friday: Why Doesn’t Peter Thiel Denounce Nazism?

You quoted an NPR story that mischaracterized us here: …NumbersUSA, which is a very, very hard-right immigration group. You know, it’s – the idea is reducing the amount of immigration drastically…

How wonderful to hear feedback from Andrew. I was very excited, as I love correcting mistakes, patching code vulnerabilities and the like.

Brewing a hot cup of tea I rolled up my sleeves and sat down to get to work on his message.

Unfortunately, things immediately went awry: Instead of explaining why this group is not hard-right, Andrew wrote something to me that seems very obviously hard-right.

NumbersUSA is nonpartisan, not conservative, and certainly not “extreme right.”

We were founded in response to two commissions: a bipartisan one chaired by Democrat Barbara Jordan, and a Task Force chosen entirely by Democrat President Bill Clinton.

There’s an overemphasis on them declaring themselves “not conservative”, which itself is just lazy and sloppy (calling yourself superhero doesn’t make you a superhero). But it was his DEMOCRAT, DEMOCRAT button pushing that threw more red flags than a military parade in China.

This guy writes me an email to declare NumbersUSA was founded in response to Democrats, and that therefore in his mind they are nonpartisan?

Immediately I lost all excitement.

This is such a brain-dead hard-right thing to say that a partisan response means they are nonpartisan because they said so.

Reminds me very much of how Peter Thiel being an immigrant funds this hard-right anti-immigrant group because he says immigration is bad. Peter, you’re an immigrant. What are you doing?

Ugh, the dissonance. I forced myself to keep reading.

Our members, employees, and board members span the political spectrum.

At least he didn’t say some of his best friends are immigrants.

What does “span” mean? Is he inadvertently admitting board members are Nazis? Where’s the data on which part of the spectrum are where? I certainly don’t see such transparency of this “political spectrum” anywhere. The NumbersUSA site lists the following executives.

Starting with Beck, he has been named by FAIR founder John Tanton as “heir apparent“.

John Tanton is an eye doctor who apparently can’t see very well — has turned his wealth into an evil “nativist” empire:

John Tanton, a retired Michigan ophthalmologist who operates a racist publishing company and has written that to maintain American culture, “a European-American majority” is required… Tanton has for decades been at the heart of the white nationalist scene. He has met with leading white supremacists, promoted anti-Semitic ideas, and associated closely with the leaders of a eugenicist foundation once described by a leading newspaper as a “neo-Nazi organization.”

Seems pretty obvious the CEO Beck is hard-right on the spectrum. It also seems like Roy Beck isn’t great at telling the truth.

Roy Beck has personally stated that NumbersUSA “doesn’t get a penny from any foundation or the government.” However, its research branch, which shares office space and a website with the foundation, has taken donations from at least two Scaife foundations: the Colcom Foundation in 2007 and the Sarah Scaife Foundation in 2008 [2012, 2013 and 2015]. The Sarah Scaife Foundation has donated millions to fund far-right groups such as the Center for Security Policy and the American Legislative Exchange Council (ALEC).

I then went to the trouble of reading public commentary from Manetas, Chmielenski, and Jenks. Awful. I don’t recommend it. Here’s where Jenks’ voice is coming from, for example:

Jenks is not shy about her ties to former Representative Tom Tancredo (R-CO), who previously received support from white supremacist and neo-Nazi groups.

You may remember Tancredo as the unapologetic idiot who tried to argue “Obama Is A Greater Threat Than Al Queda” or (in even more obvious KKK fashion) said the Pope is a threat to America because immigrants are Catholic?

More to the point for Jenks, perhaps, is that she isn’t shy about being part of Tancredo’s operations, which included people like Marcus Epstein being arrested by the Secret Service and pleading guilty to violent racism. 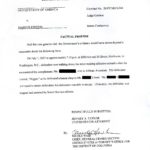 So if all these NumbersUSA people peddle the same hard-right baseless anti-immigration drivel, where’s the “span”?

Nothing I found anywhere supported any kind of political variance at all, just the same racist talking points from all of them.

The leadership also seemed woefully unqualified to speak on the security or immigration issues at all.

For example, the Vice President, Operations was formerly an editor at an evangelical publication in Texas.

Previously Jim was the Executive Editor at The Good News Magazine. In this role, he helped to foster understanding about social trends, current events, and cultural questions through commentary seated in a biblical framework.

In case his moniker isn’t clear, evangelical is now just a byword for hard-right politics.

…“evangelical” has come to connote not a good news message of grace, but “cultural conservative”…

Let’s now get back to the letter. Here’s the next line, where the infamous “both-sides” messaging comes through as a strong theme.

We have supported bills introduced by members of both parties; we’ve praised and criticized presidents from both parties. We are non-partisan.

Probably a subtle difference here, but an important one.

Important difference from being an actual non-partisan. And now onto the next line of the email:

Quoting NPR is obviously fair game. I see that you use links throughout your piece (a new trend in journalism that I strongly support).

Whaaaaat?! Fair game to quote NPR? This reads to me as yet more evidence of their partisan thinking. What makes quoting NPR participation in a “game”? What game are we playing?

And who in their right mind thinks using links or citations is “a new trend in journalism”? I’m not a journalist, obviously, and I really find it disingenuous to have someone tell me hyperlinks from the early 1990s are something “new”.

This prompted me to look up Andrew Good’s background and discover he was a trial associate and a bank teller before being appointed to “Media Standards” Director of NumbersUSA. Perhaps even journalism is very new to him, or even media standards?

Like everyone else at NumbersUSA he seems completely unqualified for the role he is in. Begs the question whether the only qualification to become staff is espousing a hard-right perspective on immigration?

Speaking of someone who likes to claim they support journalism “use links throughout your piece” I did a check on MediaMatters and found Andrew Good is doing a terrible job using links at NumbersUSA.

Despite these well-documented ties to racist white nationalism, however, Media Matters found 203 articles published between January 1, 2019, and July 8, 2021, by The New York Times, The Washington Post, Los Angeles Times, The Wall Street Journal, Reuters, or The Associated Press that cited FAIR, CIS, or NumbersUSA as supposed authorities on immigration policy. Worse, of those 203 articles that cited these organizations, only 15% provided sufficient context of their extremist ties…

Ok, time for the final line of the email. Here is the closer:

Would you be willing to add a link to our “About Us” page so your readers can decide for themselves whether NumbersUSA was portrayed accurately?

Accurately? That seems deeply ironic to push nonsense and then ask for people to be led to even more of it as a form of accuracy.

Absolutely not. In no way do I support someone taking anything NumbersUSA writes directly without this kind of careful external analysis and fact-checking. I hadn’t given them much thought at all before they dumped this stinking pile of nonsense into my inbox.

The email sent to me is an absolute disgrace to logic and reason. In reverse order:

It all comes back to whether NumbersUSA has been given far too much leeway, given it walks and talks like a disinformation front for immigrant hate groups.

Why not call it a hate group? I’ll let you, dear reader, decide for yourself how and why they get away with it.