A comment today on Twitter seems completely divorced from basic computer history, and it’s gathering a lot of misplaced attention as something new.

Similar attempts at false “new” ideas can also be found on other platforms and channels.

I’ve discussed here before how Apple always has been following others around since the beginning; a constant late-mover in the personal computer industry that profits from taking the ideas of others without giving credit.

With all due respect I don’t know what new things they’ve done. […] Everything was demonstrable in 1973.

It’s usually trivial to prove how Apple (and its loyal users) copy someone else’s ideas and cannibalize them, while pretending to be innovative.

Consider, for example, that a highly popular very affordable Commodore VIC-20 design in 1981 for the personal computer looks very much like the allegedly new concept in 2022 — a keyboard with the computer inside and plugged into any monitor, using peripherals for expansion. 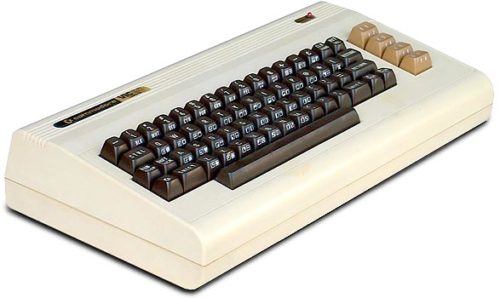 It was unquestionably a best-selling personal computer with a low price of $299 that quickly made it the first computer to reach 1 million units sold.

It ended up selling another 4 million before 1985. Neither obscure nor forgotten, Commodore was a true innovator and sales leader.

Moreover, Commodore saw such incredible demand for this exact design that sales ballooned into 20 million Commodore computers delivered, straining ability to keep up with demand. Subsequent models included the famous Amiga (easily one of the best personal computer products in history).

The Amiga offered both this keyboard design, and also a standalone thin “box” or even the amazing headless “toaster” model… Commodore had such ground-breaking engineering that by 1988 an Amiga was running like a personal computer from 1998, ten years ahead of its time.

Now in 1990, on the Mac side of the fence, Apple was still charging over $6,000 for a black and white Macintosh (like the SE/30). Before 1987, they couldn’t run more than one program at a time. When they finally did do multitasking, it was with a crash-prone method called co-operative multitasking. Contrary to popular myth, the first true pre-emptive 32-bit multitasking colour Mac didn’t arrive until the release of OS-X in 1999.

The PC side of the fence was far worse. For those who have never experienced the “joy” of a PC running MS-DOS refusing to boot because the AUTOEXEC.BAT or CONFIG.SYS file isn’t configured correctly, just imagine the computer equivalent of root canal surgery. It didn’t get a colour pre-emptive multitasking operating system until Windows 95.

In contrast, first released in 1985, the Amiga was a useful colour video editing tool. By 1990, you could hook up to four video cameras up to one and switch between them in real time.

By 1990 we were able to take an Amiga, a keyboard with a computer inside, plug it into any television to watch videos in color that we downloaded on the Internet while we edited our documents. The high-end models like the Amiga 3000 look like a computer 20 years ahead of its time.

Taking the integrated monitor off an Apple computer to get “likes” today on a social platform is… sad.

The market seems to constantly reward laggards and follow-on products, and too easily fails to recognize true innovators, let alone keep in mind some basic knowledge of computer history.