There’s a neat food preparation detail in article called “How to recover after a workout: Natural methods are as beneficial as supplements”

“The correct thing to do after training is to eat carbohydrates, to replenish glycogen reserves, along with protein, to repair the muscles,” says Ferrandis. “This should be in a 2:1 ratio: that is, for every two grams of carbohydrates, we should add one gram of protein.”

Do you know what has a 2:1 carb to protein ratio? Two slices of bread and a slather of good ol’ Jimmy Carter natural peanut butter. 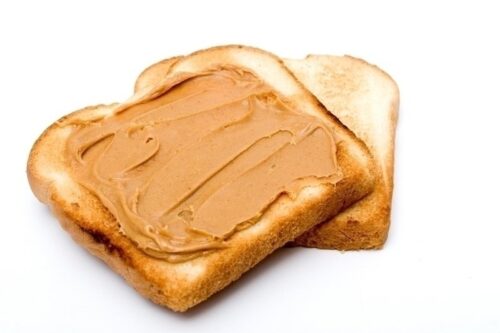 The article goes on to call out “everyday foodstuffs”…

…rice with chicken or tuna, a plate of vegetables (or hummus), or a ham sandwich. 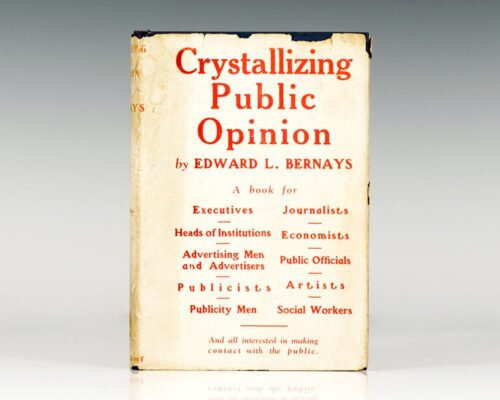 He started out working in a WWI propaganda office of Woodrow “KKK” Wilson, shifted to taking in big money to “market” cigarettes as “freedom torches” and ham as “healthy”, but ended up regretting Nazi Germany studied his methods to commit genocide. (Bernays, Edward L.. Biography of an Idea: The Founding Principles of Public Relations. United States: Open Road Media, 2015.)

Goebbels, said Wiegand, was using my book Crystallizing Public Opinion as a basis for his destructive campaign against the Jews of Germany. This shocked me, but I knew any human activity can be used for social purposes or misused for antisocial ones. Obviously the attack on the Jews of Germany was no emotional outburst of the Nazis, but a deliberate, planned campaign.

Back to the point, scientists also say that the protein isn’t required around the same time as the carbs.

While replacing carbohydrates as soon as possible is advisable…[protein has a bigger window]. “Recent studies seem to indicate that protein can be taken several hours after or even before training. However, it is particularly beneficial to do so within the two hours before or after exercise to stimulate muscle recovery as soon as possible,” says nutritionist and dietician Ramón de Cangas.

Eat two slices of bread right after exercise but protein before or after?

That doesn’t point to a sandwich.

Still, two slices of carb and one protein in between seems the easiest way to hit the right ratio within an optimal recovery window.

Speaking of counteracting marketing with science, the article points to a fascinating education website “sinAzucar”, which paints very simple illustrations of sugar to show how awful products are about hiding the stuff.

And on that note, I’m reminded of Lakoff’s delicious “truth sandwich” recipe for your brain after a misinformation workout.

Stay healthy out there.