Google has successfully defended a plan to keep links in countries other than where people live, as a court has just ruled a citizen’s national right to delete information does not automatically extend to data stored in another country.

“The balance between right to privacy and protection of personal data, on the one hand, and the freedom of information of internet users, on the other, is likely to vary significantly around the world,” the court said in its decision.

The court said the right to be forgotten “is not an absolute right.”

This ruling allows narrow legal loopholes for Google similar to how they avoid national tax requirements, rotating a global identity among Ireland, the Netherlands, and Bermuda.

While the EU has successfully upheld privacy as a human right (“UDHR Article 12. No one shall be subjected to arbitrary interference with his privacy…”), which is showing signs of being adopted by US states, Google is litigating for ways to delay or deny link deletion as part of that right.

And while I’m not a lawyer, I’m told the Court technically has stated there still can be a global application if ordered by the supervisory authority, but it is no longer considered an “automatism”.

The positive spin for the loophole is that Google doesn’t have to abide by a citizen’s request to be forgotten, even if that citizen has an entire nation backing their request as a legal one. Surveillance capitalism having a lack of responsibility to human rights means more money in Google’s pocket, just like if they avoid paying taxes or walk away from any other social-good contract that local markets require of them. In its most charitable light, a mechanism for preserving information against someone’s wishes could be justified if data loss would cause harms.

This, however, is not that case as the “loss” would be revenues Google wants to realize without getting authorization by owners of assets/data. Google litigates this as a “responsible actor” for preservation of data against censorship to appear interested in freedom of speech, yet there are far better ways to avoid censorship than litigating loopholes and havens for advertising revenue databases.

The negative spin for the loophole is that Google is using its ad-revenue warchest to fund its role as a freeloader, using infrastructure and collecting data in order to create high-walled hiding places where they can charge access. This is not unlike the colonial model designed to embed local “business networks” for exploitation and expropriation (theft) of local assets to remote locations to be held against the wishes of creators and owners.

Did the French or British ever argue its museum collections are really preserving speech against censorship in nations they colonized? Asking for a friend who worries their high salary at Google is dirty money.

…thousands of African cultural artifacts taken during the colonial period to be returned to their respective countries, if requested. 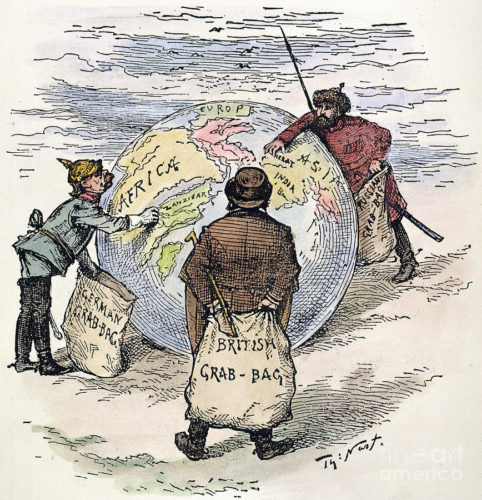