A new paper in Nature says they have an algorithm that can read tightly folded letters without opening them physically.

The challenge tackled here is to reconstruct the intricate folds, tucks, and slits of unopened letters secured shut with “letterlocking,” a practice—systematized in this paper—which underpinned global communications security for centuries before modern envelopes.

It makes the bold case that these tight folds from letters 300 years ago should be considered an historic link to modern cryptography.

Letterlocking was an everyday activity for centuries, across cultures, borders, and social classes, and plays an integral role in the history of secrecy systems as the missing link between physical communications security techniques from the ancient world and modern digital cryptography.

I have to say I disagree with this “missing link” comment. Cryptography doesn’t seem to come into it, as there is no decipher key to unlock them unless you stretch a definition to include unfolding.

A more obvious link from these letterlock examples to modern methods would be… the modern letterlock.

I suppose it’s important to say envelopes were an 1800s innovation in secrecy by providing an, ahem, envelope. Aerogrammes are ostensibly less safe than putting one in an envelope, even though an attacks on either one are basically the same — unlock, unfold, read. 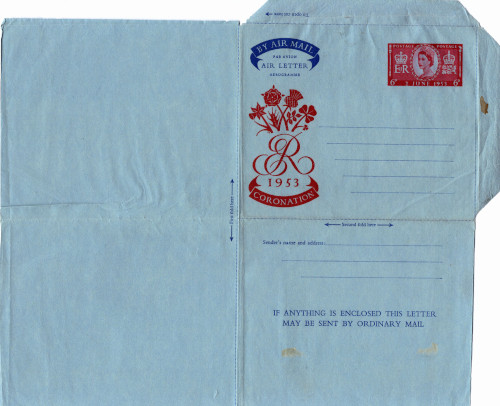 That is why I say a “locking” fold of paper without an envelope doesn’t make a direct link to modern encryption. I mean encryption also existed in letters for many centuries (as I’ve written here before), separate from how the letters were folded.

For example, here is a German message intercepted in 1918 by British operator in Basra after liberating Iraq. 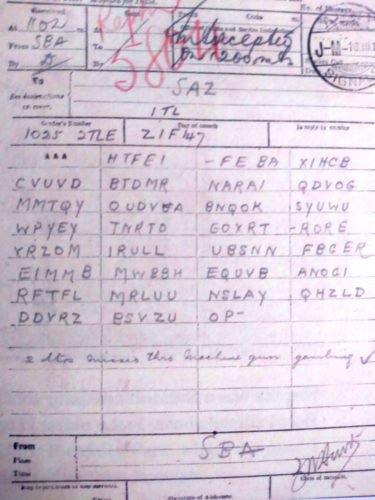 The bottom note says “2 letters missed thro machine gun jam”, which I suppose would be comparable to the “wormholes” in lockletter unfolding. But unlike lockletters, which can be read once unfolded, this text still lacks a key.

For another example here’s an old slide I made to show how the key in a 16th century “cardan grille system” (early steganography) was used during the American Revolution: 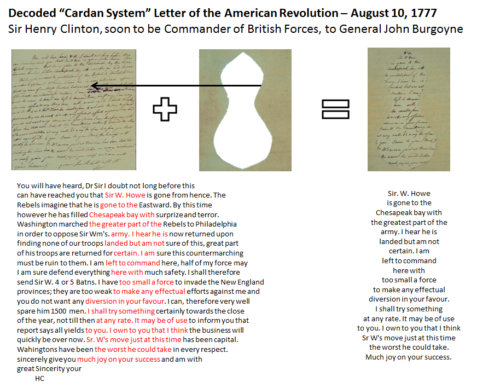