According to a 2008 paper called the Two Faces of Death, vaccination and antibiotics completely changed mortality statistics for US military:

Throughout America’s first 145 years of war, far more of the country’s military personnel perished from infectious diseases than from enemy action. This enduring feature of war was finally reversed in World War II, chiefly as a result of major medical advances in prevention (vaccines) and treatment (antibiotics). Safeguarding the health of a command is indispensable for the success of any campaign. Wars are lost by disease, which causes an enormous drain on the military’s resources and affects both strategy and tactics.

Wars are lost by disease, as none other than General George Washington himself argued in his day.

Among the Continental regulars in the American Revolution, 90 percent of deaths were caused by disease, and Variola the small pox virus was the most vicious of them all. […] Weighing the risks, on February 5th of 1777, Washington finally committed to the unpopular policy of mass inoculation by writing to inform Congress of his plan. Throughout February, Washington, with no precedent for the operation he was about to undertake, covertly communicated to his commanding officers orders to oversee mass inoculations of their troops in the model of Morristown and Philadelphia (Dr. Shippen’s Hospital). At least eleven hospitals had been constructed by the year’s end. Variola raged throughout the war, devastating the Native American population and slaves who had chosen to fight for the British in exchange for freedom. Yet the isolated infections that sprung up among Continental regulars during the southern campaign failed to incapacitate a single regiment.

Yes you read that right. Washington was killing Native Americans and free blacks in his quest to create a kind of independence that allowed white men like him to preserve and greatly expand slavery for personal enrichment.

Parkinson reveals how the system’s participants constructed a compelling drama featuring virtuous men who suddenly found themselves threatened by ruthless Indians and defiant slaves acting on behalf of the king. Parkinson argues that patriot leaders used racial prejudices to persuade Americans to declare independence. Between the Revolutionary War’s start at Lexington and the Declaration, they broadcast any news they could find about Native Americans, enslaved Blacks, and Hessian mercenaries working with their British enemies. American independence thus owed less to the love of liberty than to the exploitation of colonial fears about race.

One might think forced vaccination in this context would become inherently part of the American dream of prosperity and freedom (to continue slavery). Just look at how John Adams wrote to his wife in the month before Declaration of Independence in 1776:

The smallpox is ten times more terrible than the British, Canadians and Indians together. This was the cause of our precipitate retreat from Quebec.

Notably, John Adams refused to abolish slavery such that when the British Army went around America giving slaves their freedom (at least a third of slaves in Georgia were set free — fresh in their mind was how America had been violating the 1735 abolishment of slavery under British rule). Adams even set about trying to win some “restitution” for the American slaveholders forced by the British government to give black people their freedom!

Imagine being the guy demanding an end to tyranny under Britain, yet then turning around and demanding Britain pay Americans compensation as the British freed people from tyranny.

I mean the American military leaders only very reluctantly allowed black men to fight alongside them. By comparison the British encouraged both black men and women to join them, enticing them with freedom from American slaveholders like Washington and Adams.

Adams was often wrong and this was no exception. While Vermont, New Hampshire, and Massachusetts abolished slavery during the war, and while Virginia, Maryland and Delaware legislatures removed barriers for slave owners to free their enslaved workers… Washington and his peers gave lip service, balked and backpedaled.

You would think that Washington or Adams simply would look at the record of black freemen fighting alongside whites in a war for independence, and quickly set blacks free (as the British had said they would). Consider this 1782 document of Freeman service from the State of Connecticut, for example:

Instead Washington died on December 14, 1799 from illness allegedly caused by forcing his slaves to work in harsh weather (no one speaks of what happened to his slaves forced to suffer that same weather).

Washington clearly invested his entire life in preserving slavery and nobody can deny the documents that show how hard he worked with his lawyers to secretly find ways to delay and avoid abolition — refuse his slaves freedom even by 1780 when he was legally required to do so. He literally broke the law to keep enslaving people.

This is essential to help understand why President John Adams wrote (incorrectly) in 1801 “the practice of slavery is fast diminishing” or the actual fact that by 1810 nearly 75% of slaves in “northern” states of America had been emancipated. Yet black Americans faced brutally violent racism and the systemic inability of their government to accept blacks into society let alone power, or grant them equal rights.

…tell me if their declaration is true — viz. if the United States of America is a Republican Government? — Is this not the most tyrannical, unmerciful, and cruel government under Heaven — not excepting the Algerines, Turks and Arabs? — I believe if any candid person would take the trouble to go through the southern and Western sections of this country, and could have the heart to see the cruelties inflicted by these Christians on us, he would say, that the Algerines, Turks and Arabs treat their dogs a thousand times better than we are treated by the Christians.

American ships circulated this book, as Walker very intentionally engaged with sailors at the port close to his shop in Boston. In response, authorities in the South applied harsh censorship to stop circulation; sailors were thrown in jail for having a copy and spied upon. 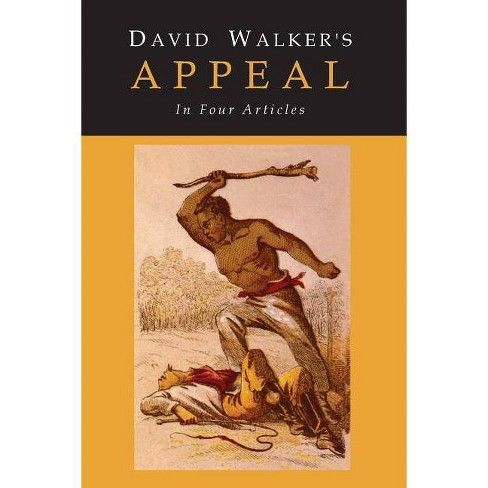 David Walker died soon after publishing his clear-eyed assessment of freedom in America… allegedly from disease.

While these important contextual details of America’s first forced variolation (early form of vaccination) rarely are discussed, I find it most interesting how Washington was an adamant advocate and pushed so hard to give people a cure from physical disease one hand while refusing to stop the “cognitive disease” of racism.

President Grant in his memoirs wrote that it was an annexation of Texas, a state expressly created for continuation and expansion of slavery, that became a tipping point for the “inevitable conflict” Washington had avoided.

In that sense, President Grant should be seen as rising above Washington in every regard. Not only emancipating his own slave but directly facing the conflict and ending slavery nationally and establishing civil rights for black Americans. Grant was the best President in American history, a better man than Washington by far… with a curious exception of military vaccination.

During the Civil War almost 40% of Union soldiers with smallpox died from it, such that it has been estimated many more died from disease than during battle.

“Roughly two out of three men who died in the war died from disease,” Hacker says. “The war took men from all over the country and brought them all together into camps that became very filthy very quickly.” Deaths resulted from diarrhea, dysentery, measles, typhoid and malaria, among other illnesses.

Perhaps Grant in his day lacked the data available now, which is is why he didn’t see vaccines as the obvious and undeniably effective way to prevent unnecessary deaths. It raises an interesting question as to whether he would have mandated vaccinations, as he was able to correctly see the future in so many other ways.