A new meme floating around lately on social media emphasizes how Arabic has many poetic ways to say “rain”; I mean the bone-chilling stuff that falls from storm clouds, which soon may cry on us with their sorrow (ﻏَﺪﺍً ﺳَﺘُﻤﻄِﺮُ ﺍَﻟﺪُﻧﻴَﺎ ﻋَﻠَﻰ ﺍَﻟﻘِﺼَﺺِ ﺍَﻟﻤُﺠَﺮَّﺣَﺔِ).

Does the rain fall continuously (Al-Wadaq) or in long waves (Al-Shaabeeb), frequent short squalls (Al-Youlool) or intermittently (Al-Martha’ina’)? Is the size of the drop small (Al-Qitqit), misty (A’-Tull) or large (Al-Wabil) and is it strong (Al-Gadaq) or weak (A’-Rihmah/Al-Hameemah)? Was it long and soft (A’Deemah)? Is the rain needed (Al-Ghaith) and nourishing (Al-Jaaw), leave a lot of water around (Al-Bu’aaq) or was it a deluge (A’-Saheetah) that washed away soil (A’-Saahiyah)? Does it cover a wide area (Al-Jada), and does it last many days with the consistency of a spring (Al-Ain)?

While these are beautiful thoughts about the variables of nature and the utility of language, it reminded me also of the old meme also about water from a different angle; all the ways you can say “camel” in Arabic…

الملواح or الهافة- A female camel that gets thirsty quickly

رقوب — A female camel that doesn’t drink from the watering hole when it’s busy, but waits and observes

All food (er, water?) for thought when translating a very outlaw-sounding “revenge” message scrawled on a small fixed-wing drone that was just shot out of the sky by a counter rocket, artillery, and mortar (C-RAM) at 0430 local time near Baghdad International Airport.

Now we just need to start translating the Chinese writing for what appears to be a DLW-20 engine or similar variant.

The writing on these wings distinguishes the drone from others that dropped from the sky six months ago, as documented on social media then by the “Directorate General of Counter Terrorism (CTD) of the Kurdistan Region Security Council (KRSC)” (دژه تیرۆری کوردستان). 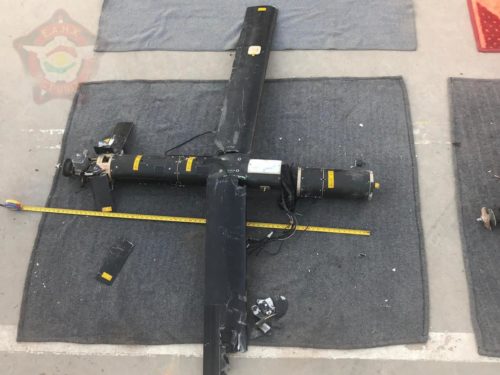 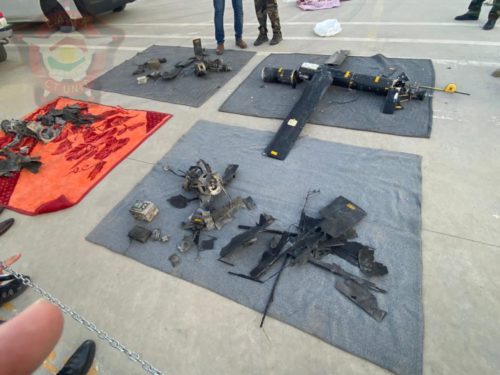 Related: Death from above.

Drones pose the biggest threat to US troops in the Middle East since IEDs, top general says