Clearly I’m a huge fan of Tesla CEO Elon Musk and have a lot of respect for him. You can read all about it in my many posts on Tesla engineering practices.

This industry luminary (bringing oodles of experience and expertise) starts off with saccharin and effusive framing of a car manufacturer CEO before absolutely TRASHING the cars as garbage that nobody should buy and must be explicitly branded as inferior.

Does it make sense for this automotive expert to promote such an abject failure of leadership in deserving respect before rightfully calling the Tesla CEO’s predominant work an obvious pile of trash?

This is evidence of someone throwing a big juicy bone in order to disorient the obvious mindless attack dogs; much like we see in totalitarian governments where voices of reason have to account for a dictator’s insecurity police before saying anything honest.

Anyway on to the article itself…

I have great respect and admiration for Elon Musk, so sorry to say this but … it’s terrible. I mean really bad. After all those videos I didn’t expect a lot, but I expected more than this. My first drive home after activating it was frightening. […] So I’m giving Tesla FSD an “F” when it comes to self-driving. In fact it clearly shouldn’t have that name, as many have pointed out. It should have a driver-assist name, so I will call it “Street Autopilot”. The problem is I have to give it a “D” as a driver assist product.

He is being too kind. Where does such respect and admiration for fraud come from? I suspect the author is worried about his position in the industry and doesn’t want to ruffle feathers, but at this point he seems to be growing a spine — he no longer can deny water flooding into a purportedly unsinkable Titanic.

That’s why it’s so remarkable to see someone come out waving peace and love flags of apology, while also warning everyone to stay away from Tesla because it’s a total scam.

Really he should have used the warning that Tesla deserves: That T on the car means pile of Trash

If the grouchy Tesla owners insist on “going for a ride” that puts everyone at risk (including them), then should they be cited under existing public safety laws (e.g. littering)?

I can’t take any credit for such obviously necessary rebranding as a means of safety awareness campaigns. Tesla rightfully has been called a pile of trash for a very long time by many other owners dealing with the fraud.

Perhaps no better example is a thread from three months ago, when an owner taking delivery of his new “top of the line” model groused how product management was awful and disappointing:

$13,000 car. $130,000 window sticker… same people who are fitting the panels are also fitting the suspension bits and important bolts… an old S’s subframe failed because the design had no margin of safety. It was really poorly designed.

And perhaps straight to the heart of the matter is this comment:

It’s bad: https://teslamotorsclub.com/tmc/threads/model-s-plaid-lr-2021-refresh-issues-thread.232656/page-104. Keep in mind, this is a car they have built for years but keep making excuses for why they are shit piles.

Will it ever stick or slow down ownership? It has been like going backwards in time and monitoring a fan club for the Titanic, as I’ve been saying here for many years. 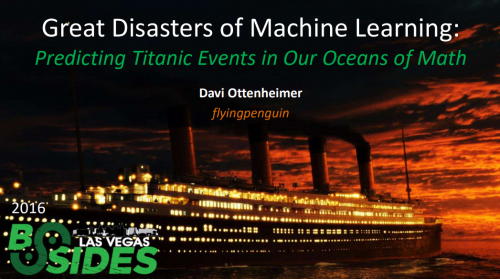 My favorite comment from one of these pile of Trash owners is here:

Some manufacturers used to have a problem with so-called ‘Friday cars’. Tesla avoids that by making them all Friday quality.

Ha ha? It is funny except this is safety-related and thus actually criminal-level stuff. Think of all the people around in danger from neglect related to automotive safety quality failures.

It is an intentional race to the absolute bottom of quality and safety if I ever saw one. The CEO is to blame here, right?

So far it looks instead like customers will be the ones taking the heat for a product marred with gross negligence by executive management.

Los Angeles County prosecutors have filed two counts of vehicular manslaughter against the driver of a Tesla on autopilot who ran a red light, slammed into another car and killed two people in Gardena in 2019. The defendant appears to be the first person to be charged with a felony in the United States for a fatal crash involving a motorist who was using a partially automated driving system. Los Angeles County prosecutors filed the charges in October, but they came to light only last week. […] Criminal charging documents do not mention Autopilot. But the National Highway Traffic Safety Administration, which sent investigators to the crash, confirmed last week that Autopilot was in use in the Tesla at the time of the crash.

Did you know when you buy a Tesla you may face criminal prosecution for operating false-autopilot exactly how the CEO has repeatedly and personally told you to do so?

In a related case a drunk driver in Norway was pulled by police from his car and he tried to escape blame by arguing Tesla’s CEO had instructed him it was ok to be unconscious at the wheel since he no longer believed he was the driver of the car he was driving.

For what it’s worth as a final thought the CEO, now known for mountains of Trash of his own making, has started a campaign in classic propagandist fashion to fling his mounting failures at his competitors.

Tesla CEO Elon Musk tweeted Sunday: “[Our competitor’s] software is a pile of trash.” [Full self driving (FSD) software by Tesla] is controversial and critics say the name is deceptive… because it doesn’t make cars fully autonomous.

And thus I offer my dear readers an easy to remember security haiku: