File this one under why markets clearly are not even close to rational.

Here’s one headline from March:

The March 15th price hikes are purely speculative to “protect” the company from consumers demanding value from cars sometime in the future.

The price increases are designed to cover higher costs for the next six to 12 months, which protects Tesla on orders for cars that it may not deliver for a year.

That’s a form of speculative/misleading surge pricing linked to stress, which Uber and Lyft have been criticized for years and still haven’t figured out as immoral.

…in the wake of the shooting, fare prices quoted by rideshare companies had skyrocketed due to understandably increased demand. […] Surge pricing spiked after a bomb in the Chelsea neighborhood of Manhattan injured dozens in 2016; in Sydney, Australia during a 16-hour hostage crisis in 2014; in London after a vehicle was deliberately driven into a crowd of pedestrians in 2017; and in 2020 after eight people were shot in downtown Seattle, leaving one dead.

The basic calculus here is when companies try to benefit themselves as others are experiencing higher risk, it’s a form of gouging (the kind condemned throughout the COVID19 pandemic, or that Texas wealth depends upon).

In theory someone can’t ethically spike prices for bread after an earthquake just because speculation that people in panic/desperation can be coerced to pay more. 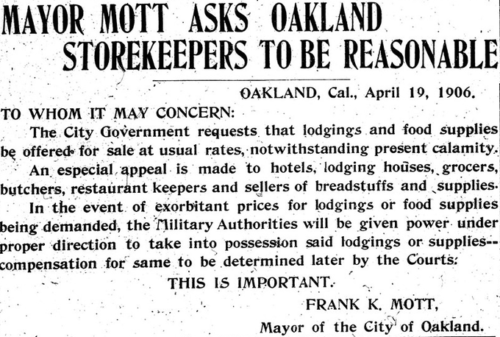 It’s a different story when higher supply prices in the past force a change to production costs, given actual explainable inputs instead of gambling on opaquely speculative futures.

Now here’s another headline, this time in April

Coveted relic? Just call it a prize. The news here is that Ford saw its value drop precipitously when it announced a price increase in just one car model.

Ford’s stake in Rivian was valued at $5.1 billion on March 31, down from $10.6 billion at the end of 2021, the company said. The young electric vehicle manufacturer had a very difficult start to the year, marked by major difficulties in managing increases in production rates and a PR crisis after a controversial rise in the prices of its vehicles. Rivian shares thus lost 51.5% of their value between December 31 and March 31.

Moreover, Tesla announced their March price hike as some kind of toxic mockery tactic a week after they watched Rivian declare it cared about trust and would roll-back its price hike.

Rivian is rolling back price hikes on preordered vehicles following backlash from its customers. Rivian CEO RJ Scaringe apologized to customers in a letter published Thursday. “I have made a lot of mistakes since starting Rivian more than 12 years ago, but this one has been the most painful. I am truly sorry,” Scaringe wrote.

The CEO of Rivian talks about pain, about caring for people and losing trust. These are concepts obviously completely alien to the CEO of Tesla, which has produced a car killing more people at a faster rate than any competitor.

It reminds me of how Ford himself in the early days became successful being a horrible fascist-loving racist who lied and stole from others, inspiring men like Hitler and Goebbels to be even crueler. He was a horrible human in so many ways there’s never enough time to document it all.

Like who really talks about Ford taking millions of dollars from the U.S. government to deliver “tractors” during WWI and… just walking away with the money delivering zero product (Ford favored Germany and took orders without delivering product in order to help sabotage Americans supporting Britain).

The American car-maker supporting the wrong side during war was no real secret. In 1922 the New York Times profiled Adolf Hitler who said a picture of Henry Ford was hanging on the wall of his Munich office.

The wall beside his desk in Hitler’s private office is decorated with a large picture of Henry Ford. In the ante-chamber there is a large table covered with books, nearly all of which are a translation of a book written and published by Henry Ford. If you ask one of Hitler’s underlings for the reason of Ford’s popularity in these circles he will smile knowingly but say nothing.

Translation of “a book”? Come on, just say the title.

Goebbels literally cites Ford’s writing and publications for his own anti-semitism.

Ford’s own attitudes towards Jews were the major reason for the publication of “The International Jew.” His anti-Semitic beliefs formed along several strands from his upbringing, attitudes, and personal beliefs.

No wonder in 1925 Hitler mentioned only one American in his autobiography (Mein Kampf): Henry Ford.

Perhaps the real rationalization then of what makes Tesla so loved by completely unregulated investors is being more Ford than even Henry Ford: a company consistently awful to the planet, accusations of racism piling up, its staff and customers trying to rapidly dump poor quality products and only increasing pain?

Honestly that really does sound like Ford, but begs the question of how soon before Tesla will have its necessary Pinto/Bronco market reaction moment. How many Tesla must catch on fire, how many people dead?

We’ve all known for years that ALL the Tesla models are unsafe at any speed.

The CEO of Tesla does in fact seem to exhibit Ford-like “permanent improvisation” (abuse of trust) that signals fascism, and he repeatedly makes only positive Hitler references.

What kind of prize are we really talking about here? 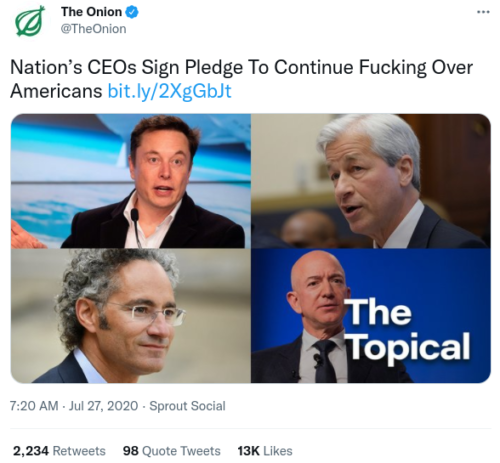