This just in from Gorbachev’s interview in Reuters

There’s no ideological struggle between Russia and the West. But there are economic links, freedom of movement, communication and a cultural convergence. So I’m convinced that a new Cold war can be avoided.

His advice is to stop building walls if we want better global and national security.

He might know a thing or two about this given historians still credit him with tearing down the Berlin Wall, although some frame it as him being right about how to avoid being wrong:

He believed liberalism was consistent with Communism, but he was wrong. The forces of democracy he unleashed toppled the Wall, and it is because of him this occurred without bloodshed. 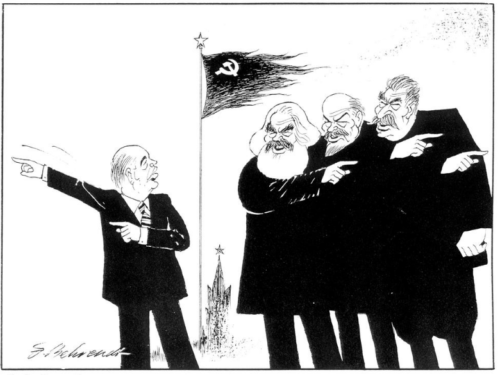