If you add up all Russia spent in the Brexit vote, the French presidential elections, and the 2016 American elections, it’s less than the cost of one new F-35 airplane.

Less cost, more damage should be the byline of Facebook as I wrote here back in 2011. 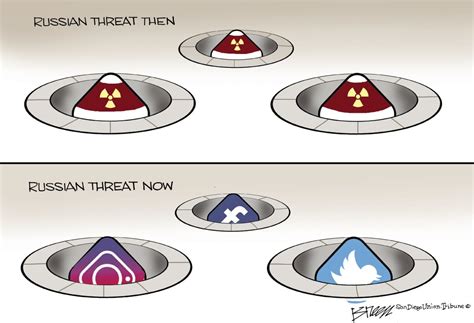 Today in the latest round of Geneva talks, it might seem that America is attempting a new form of peace with Russia.

It will mark the third time that Geneva has hosted U.S. and Russian leaders’ talks: The first was a multilateral meeting involving U.S. President Dwight D. Eisenhower and Soviet leader Nikita Khrushchev in 1955. The second came 30 years later, when President Ronald Reagan met Mikhail Gorbachev — an important icebreaker that some say paved the way toward the end of the Soviet Union.

However, both prior cases had a Russian leader with initiative, actively working on their own to reduce the instability and risk of attacking America. I know that’s hard to believe for many Americans, yet Khrushchev and Gorbachev both approached the table with some sense of humanity.

There seem to be no indications anywhere Putin has any real objectives other than spreading toxic white nationalism to destabilize the world for his self-enrichment. Instability seems to serve him in the same way that it serves American tech executives, his toxic takeover of Crimea like Facebook acquiring WhatsApp.

Russia in fact lacks any clear identity or mission other than Putin taking all and giving nothing, like he has an office on Sand Hill Road in Silicon Valley into which the economics of information warfare unfortunately play a huge part.

Stopping Russia today should be little different than blocking a shameless bully who always looks for inexpensive routes to do wrong without responsibility.

It is quite a different situation than the prior two Geneva talks where incentives seemed far more aligned around leaders on both sides being thoughtful about what would be right and moral.