A 911 call was placed by “neighbors” near Grand Rapids, Michigan when a black army veteran with his son and his real estate agent toured a home for sale.

The trio suddenly found themselves surrounded by police pointing guns… with no cause.

Thorne and his son were touring a home Sunday with real estate agent Eric Brown, who’s also Black, in Wyoming, Mich., when police suddenly surrounded the house with guns drawn. The officers were responding to a neighbor’s 911 call about a break in. They ordered the three out of the house, handcuffed them and put them in separate vehicles.

Except it wasn’t a break in. Brown, 46, who has been working in the Grand Rapids area market for 20 years, had arrived at the house on Sharon Avenue SW around 2 p.m. Thorne brought his 15-year-old son, Samuel.

The police were forced to release them since they had absolutely no cause (other than racism) in what amounted to little more than a “shining city” intolerance operation at taxpayers’ expense.

Here’s a map showing the location of the house.

Police have tried to explain away their racist actions by saying they were following procedures when reacting to a report based on… color.

I am not kidding.

Read this version of events:

Another Black man with a similar car to the real estate agent’s vehicle was arrested after he went into the house without permission July 24, police said. […] A neighbor saw Brown’s car parked in front of the house on Aug. 1 and called police, wrongly reporting that the intruder had returned, the statement said. Brown’s car is the same color as that first person’s but a different make and model.

Ok, let’s break this down, because it’s so racist it screams here are some racists who actually think they aren’t being racist while being even more racist.

Did you notice how the recount starts by claiming a “similar” car yet ends up claiming it was a “different” car?

Imagine the police saying to the 911 caller “you said someone similar is in the house” and the caller replies “I see a different person in the house, they just have similar skin color”.

Take a proper look at what is really being said.

“Another black man” was driving “the same COLOR as that first person”… “but a different make and model“.

In other words…color. It reads as a confession. If you display the same color as a criminal, you will be treated as a criminal. The police literally have confessed now, albeit awkwardly, their actions were BASED ON COLOR ALONE and no actual cause. 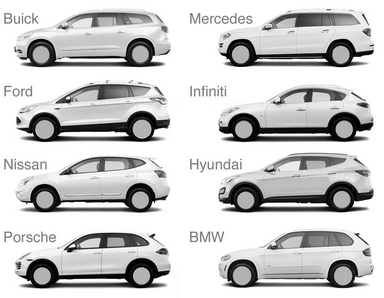 Fun history fact: license plates were invented because the first cars all looked too similar and people reporting crimes in progress couldn’t tell them apart. That is true.

With everything said so far it doesn’t take a rocket scientist to calculate what blinds police into incorrectly fixating when there were so many obvious differences.