If you already know an infamous company is run by a white man from South Africa who grew up wealthy during apartheid (hint: his claims of $100K in debt at an early age are admitting his privilege and leverage, also known as credit)… then you might not be surprised to hear that racism is a well-documented and ongoing problem:

An ex-Tesla employee who worked at the Fremont factory for about two years said in a sworn declaration in the Vaughn case that he had heard the “N-word” used at least 100 times by co-workers and that Black and White employees alike referred to the factory as “the plantation” or “slaveship.”

This sentence in particular calls out Tesla’s denials as lacking credibility:

The courts ruled not only that Tesla has a racism problem, but that management has repeatedly failed to act on it to prevent harm/disaster. There seems to be a learning problem.

In a related story, the people who believed in Tesla’s “autopilot” lies are shocked, so shocked, to find out that they were sold a pack of lies — Tesla cars fail to “learn”, such that multiple owners have been crashing into the same hazards over and over again.

An avid Tesla customer, he has previously owned a 2016 Model S P90D and a 2016 Model X. What’s also concerning is that he noted that “several calls and emails” to Tesla about the latest crash in Yosemite haven’t been returned with much interest from the automaker. He hoped that the repair costs would be covered and a loaner car supplied. With five Teslas crashing in the same spot, there is clearly an issue with the use of the driver-assist tech on this particular road and one can only hope Tesla takes it seriously before another accident occurs.

Five crashed cars into the same exact spot. And Tesla still wants you to believe that its cars are “learning”? What if they aren’t learning at all, but the CEO is learning just how far people will follow his advice to their own demise? 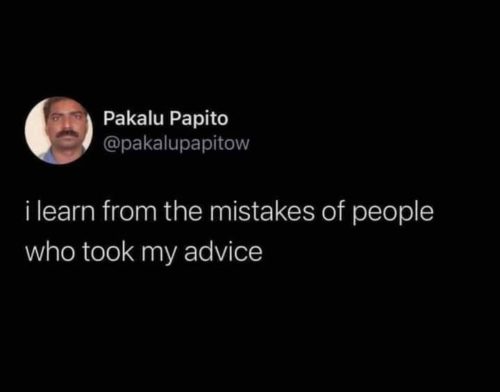 In my presentations since at least 2016 I have repeatedly tried to raise awareness about this class of failure. Simply put, if your Tesla is designed to calculate 2+2=4 a billion times, that doesn’t mean it can do basic geometry right, let alone subtraction.

Don’t be fooled by Tesla’s false marketing. Lots of miles, even lots of cars, doesn’t mean it’s prepared for anything.

And why would an “avid Tesla customer” think repair costs for his crashed car should be covered? That definitely smells like someone has been drinking the clown Kool-Aid. 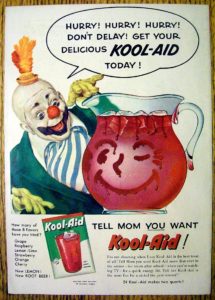 Does this owner not understand how the Tesla scam works?

Getting Tesla to care about its customers would require some kind of government intervention to protect against… obvious fraud and abuse.

So back to the first point, what if poor engineering quality with disdain for human safety is mixed with uncontrolled racism?

You get a Tesla.

Racism is literally repeating mistakes from the past, an inability to learn.

The car’s “driverless” system, just like the car manufacturer’s management, exhibit this trait of repeatedly failing to get past the same basic collision and harm.

Being “blind to race” is like being blind while driving.

So is owning a Tesla any different from wearing a blood diamond or an endangered ivory bracelet — being blind to the harms? More to the point what if Tesla is just the reformulation of blood diamond thinking out of South Africa?

A heavy survivor-bias means their corrupted definition of “learning” manifests cruelly in sending children to their death in mines (now naive drivers into traffic and dangerous roads) so that a few elites who never take risk themselves can say they own the nicest things.

Unfortunately many people seem unable to see the obvious symptoms of failure here, as they instead cook up strange ways to issue apologizes while promoting harm.

Take this quote, for example, from the same article above that concluded bizarrely “one can only hope Tesla takes it seriously before another accident occurs”.

Sometimes the technology does its job admirably, like when a drunk driver passed out behind the wheel and his Tesla successfully brought the car to a stop, averting almost certain disaster.

Why should we expect Tesla take any risk seriously when they have built a profit model on overstating capability and then ignoring predictable disasters?

It reminds me of people saying how lucky blacks in America were to be slaves because emancipation meant being dropped into unfair competition with racist whites who keep all the power, deny blacks healthcare and education, and refuse to pay fair wages.

It is NOT an admirable job if the technology encourages drivers to drink and then fraudulently shift blame to their car. There’s nothing to say disaster would be averted (Tesla data in fact shows more accidents happen in cars that add their “driverless” feature).

It could also have crashed, so perhaps the real story is that this is a case where Tesla didn’t fail as badly as should be expected. Never forget that basic “lane assist” is not real driverless.

When this driver was pulled out of his car by police he tried to argue since the CEO of Tesla says the car drives itself therefore a drunk Tesla driver can’t be charged for actually driving.

Does that sound like Tesla is taking safety seriously to prevent another accident? And perhaps more interestingly, does it sound like whites saying they can’t be blamed for apartheid?