UT-Austin released a report… that concluded there was ‘no racist intent’ behind the song, even as the song was written in a racist setting.

I totally get where that report is coming from. This is like UT-Austin saying its culinary school had no intent to poison its students when the food was prepared in a poisonous setting.

Being unconcerned about safety doesn’t prove intent to be unsafe, it’s a proof that safety wasn’t intended.

So the school is saying when its students are unsafe and harmed, that’s because the school didn’t intend to keep them safe and unharmed.

The key point is when UT-Austin fails to show it has anti-racist intent today, it has no intent for the abolition of racism, it is admitting to being racist.

However, if we find that no student is expected to get poisoned from their dining halls (or even from other students), then why should we be expected to put up with dangerous racism at all? That’s inconsistent and illogical.

And now for a little history about UT-Austin’s “racist setting“:

…Littlefield has long been known as one of UT’s earliest and most prolific donors, and all around campus, you can still see his influence: a cafe and residence hall are named after him, and two of the campus’s most prominent landmarks are the Littlefield Home and Littlefield Fountain. In their letter, student athletes are calling for his name to be removed from Littlefield Hall because, as Gordon teaches, Littlefield was a slave owner who fought for the Confederacy in the Civil War.

Late in his life, Littlefield poured money into making UT more Southern-centric and commissioned Italian sculptor Pompeo Coppini to design statues of Jefferson Davis and Robert E. Lee, as well as his namesake fountain. The fountain’s inscription, which was removed in 2016, described how Confederates were “not dismayed by defeat nor discouraged by misrule [and] builded [sic] from the ruins of a devastating war a greater South.” Interestingly, when he was completing the project, Coppini recommended to Littlefield that the monuments should honor Americans fighting in World War I. When Littlefield refused, Coppini replied: “As time goes by, they will look to the Civil War as a blot on the pages of American history, and the Littlefield Mem­orial will be resented as keeping up the hatred between the Northern and Southern states.”

Would you go to Goebbels Cafe? Why eat at Littlefield’s?

Nothing says “food isn’t safe here” like a cafe named after someone who was really into cutting corners and making money from harming others, like slavery and mass atrocity crimes.

You think Goebbels is an exaggeration? Indonesia had to give up Hitler-themed attempts to mix genocide and meals.

If these Indonesians had named their cafe Littlefield’s instead and covered the walls with pictures of lynchings nobody would have complained, right?

A “greater South” obviously was Littlefield’s way of saying he was continuing Civil War by other means, as President Grant very openly warned American soldiers. 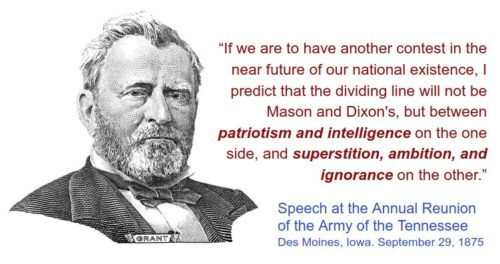 To be clear, when UT-Austin’s big donor poured his money from slavery into commemorations of discredited and defeated domestic terrorists who killed Americans, he was asked at that time to also at least honor some American soldiers.

He refused. His superstition, ambition and ignorance was on full display.

Such a failure of patriotism, refusing to honor American soldiers, was made even worse by instead erecting giant monuments to slavery that celebrate rape, torture and killing of Americans… it is clear that safety for UT-Austin students was never intended.

If they can’t commit to something so basic as anti-racism, then surely they aren’t capable of things like food safety either. Anyone caught poisoning others on campus now surely would be excused for lack of intent, and being just a natural outcome in such a poisonous setting.

Again, the key point is when UT-Austin fails to show anti-racist intent today, no abolition of racism, they are being racist.

UTA is giving a big FU to its own people.

Perhaps it’s past due time to change their song and their hand gestures? I mean why not just roll with “Longhorn Coach” protocol and tell students and fans they must learn now how to give a “Herman salute” (middle finger).

And now to lighten the mood, here’s a comedian telling jokes about racism and schools in America: